A 24-year-old man who died after being hit by a car while walking along a State Highway in Waikato in the early hours of Saturday morning was on his way home after his own vehicle ended up in a ditch.

The man, who was a foreign national, was struck by a car shortly after midnight on Saturday on State Highway 27 between Matamata and Waharoa.

Matamata-Piako CIB are investigating the death of the man, who had been in New Zealand for about eight months and had been working and living on a farm in the area. 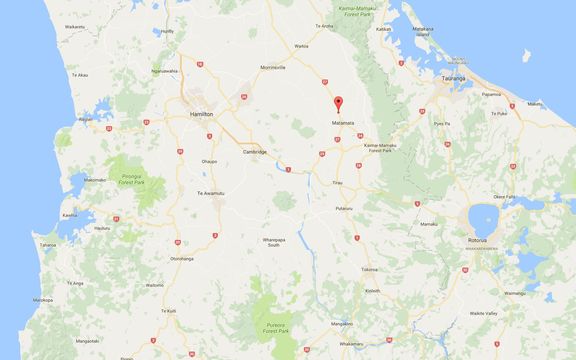 The man was hit by a car north of Matamata in Waikato. Photo: Google Maps

Police said the man had been socialising with friends in Matamata earlier in the night, leaving the township in his own vehicle at about 11.30pm.

His vehicle was later found in a ditch on State Highway 27 and police said it appeared he decided to walk to the farm where he was living, about 10km away.

As he was walking north along State Highway 27, he was struck from behind by a vehicle.

The driver of the vehicle stopped immediately and called emergency services, but the man died at the scene.

Police said the driver was breath tested at the scene and had no alcohol in his system.

A post mortem was conducted on the victim yesterday and police said they were awaiting the results of the toxicology report.