A father who was seriously injured in a house fire last month, which killed three members of his family, has died. 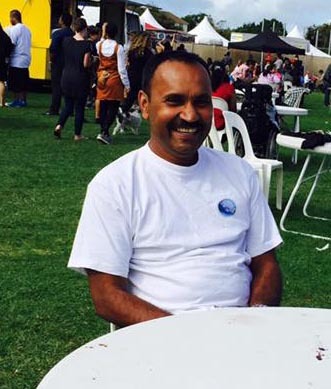 A five-year-old boy, his mother, 39, and grandmother, 66, were killed in the fire in the Auckland suburb of Flat Bush on 22 December. An 11-year-old girl and her grandfather man escaped the fire.

Kailesh Thanabalasingham, 47, has been in critical condition in Middlemore Hospital since the blaze.

She said he deteriorated yesterday and family and friends were called to his bedside.

Mr Thanabalasingham was a much respected member of the Sri Lankan community and was on the Refugee Council.

"He was a dear colleague and friend to me and a family man.

"This is a very big loss to the human rights community in New Zealand."

The Fire Service will be ruling the cause of the blaze as undetermined, fire risk management officer Phil Faidley said.

He said he was confident he knew how the fire started but there was not enough evidence to prove that conclusively.

The home, in a new subdivision in Flat Bush in south-east Auckland, was gutted by the blaze Photo: RNZ / Joanna McKenzie