Universities say fundraising is becoming increasingly important for their work and they are receiving millions of dollars a year in donations.

But they say that there is not yet a strong culture of philanthropy in New Zealand and the government could do more to encourage donations to universities. 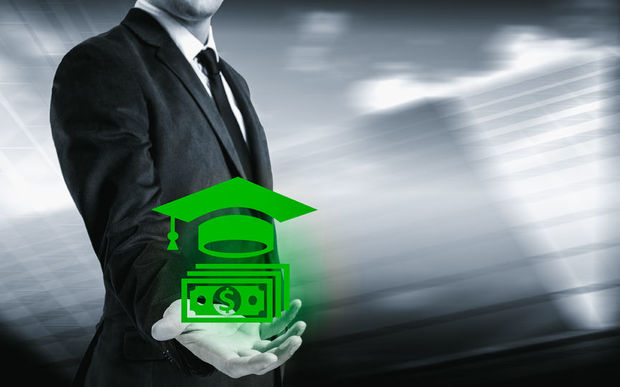 New Zealand universities only got serious about fund raising in the last 10 years. Photo: 123RF

The University of Auckland recently launched a campaign to raise $300 million by 2020 - the biggest fundraising target ever set by a New Zealand university.

Vice-chancellor Stuart McCutcheon said the money would be just a small fraction of the $1 billion the university made every year, but would be important for helping the university attract top students and do world-class research.

Professor McCutcheon said the campaign would target both donations and new people and organisations who believed in the work that Auckland was trying to do.

"Some of them will be [from] private individuals, some will be corporations, some will be trusts and other philanthropic organisations - the Cancer Society for example."

New Zealand universities only got serious about fund raising in the past 10 years.

University of Canterbury vice-chancellor Rod Carr said it had a foundation to run its fundraising and the amount it brought in each year had increased considerably since he started at Canterbury in 2008.

"The year I started at the university it raised about $2.5 million. It's on track this year to raise about $8.5 million," he said.

"Over long enough periods of time, for every dollar you spend on fund-raising, you'll raise $8 to $10 of funds. So it's a reasonably high rate of return, but it might take you a number of years before all that comes home to roost."

Dr Carr said the university had endowments and trusts dating as far back as the university's foundation in 1873 and worth about $140m. Those funds distributed about $4.5m to the university each year in the form of scholarships and funding for academic posts.

The university also raised money by issuing $50m in interest-bearing philanthropic bonds in 2009.

Investors had the option of donating the interest from the bonds and/or the principal to the university.

Dr Carr said the number of investors choosing those options had been "pretty modest" and was in the order of hundreds of thousands of dollars rather than millions.

Massey University vice-chancellor Steve Maharey said there was no tradition in New Zealand of giving to universities, but that was slowly changing.

"If we're any guide, the culture is beginning to change, people are regarding it as a good thing to do to support their university and perhaps even to support a university which is not theirs but might be doing things they are very interested in seeing advanced."

Mr Maharey said Massey's endowments had grown from about $2m-$3m eight years ago to more than $20m today, and it also received donations every year for specific projects such as a recently opened wildlife hospital.

He said the government could to do more to encourage donations to universities, such as by providing matching funding or increasing the 30 percent tax deduction from donations.

The University of Otago Foundation Trust was worth more than $190m and distributed $8.4m to support scholarships, research fellowships and awards last year.

The university's director of development and alumni relations, Philip Kearney, said donations were an important source of funding for both teaching and research.

"While New Zealand is not in the same league as the USA there is increasing support from donors to the University of Otago.

"They understand that for the university to remain at the forefront of teaching and research additional funding is required and this will often have to come from philanthropic sources," he said.