Grandparents caring for the children of drug-addict parents are struggling to make ends meet, research shows. 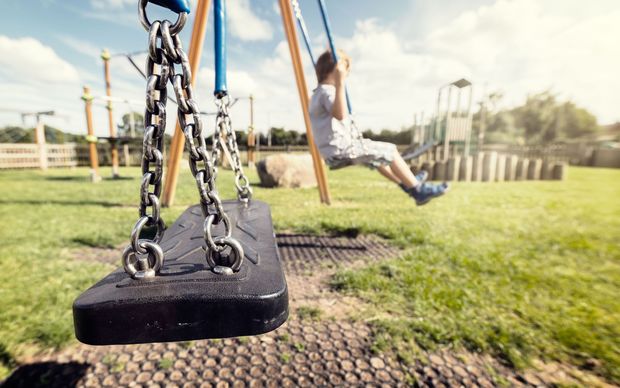 The research commissioned for support group Grandparents raising Grandchildren surveyed more than 1100 grandparents, great grandparents, and other non-parent caregivers between March and May this year.

It showed nearly half the 1300 children were removed from their parents because of drug addiction.

Lead researcher Liz Gordon said many of the children had a range of physical, psychological and behavioural problems.

"These are P-babies, almost of half of them are P-babies and many of them have been abused," she said.

She said some were even violent towards their grandparents, with 118 of the caregivers reporting they had been physically assaulted by a child in their care at least once.

Many were assaulted twice or more, she said.

"There's one example where a woman talks about how her increasingly mentally ill grandson was becoming more and more violent, and she tried to restrain him.

"She tried to support him, she tried to do everything, and one night she locked herself in the bedroom, fearing for her life, and called the police.

"And Child, Youth and Family took him away and, she says, broke her heart. It's really sad, just so sad."

One grandparent, who wanted to be known only as Julie, said her grandson had hit her before, but it was accidental as he suffered from several disabilities that mostly stemmed from having been shaken as a baby.

He is now 15, and she admitted the older he became, the more difficult it was when he lashed out.

"He's a pubescent boy, only he has a three-year-old brain which sometimes goes to one- or two-year-old brain, so sometimes we have terrible-two tantrums with this humongous boy who's taller than my husband and I," she said.

She said looking after him had a huge impact on her life, especially her business, which had to close.

The study showed most grandparents had seen their incomes drop as a result of caring for grandchildren, and had been forced to change or leave work, retire or reduce their hours to look after them.

Two-thirds of the families were living on or below the poverty line, it found.

Dr Gordon said caring for these children was also putting strain on the carers' health, with 74 percent of those surveyed having some health problems.

"They often have increasing health problems, they end up spending their retirement nest egg on their grandchildren, or great-grandchildren, their life plans have changed unexpectedly."

Terry, 66, has been caring for her great grandson for the past nine years and was one of the 44 great-grandparents who took part in the study.

Forced to quit her job, she's now saddled with a $12,000 debt after having to take out a loan to pay for necessities.

She said a loan provider was much friendlier than Work and Income.

"Sometimes they just sit there for what seems like hours not talking to you, typing away, and leaving you sitting there like you're not there at all. When I go to get a food grant, they send me to go and see a budgeter and it's embarrassing and it's time consuming."

Her comments were consistent with the study's findings, with many grandparents saying the state agency made them feel like a thief when they tried to get the Unsupported Child Benefit most grandparents in their circumstances are entitled to.

But the Ministry of Social Development's national commissioner, Penny Rounthwaite, said Work and Income was aware of some of the issues raised in the study.

She said the ministry had changed the way it handled Unsupported Child Benefit applications last December, making it an easier and more comfortable process for grandparents.

"We actually started using external, qualified councillors so the grandparent can talk to them about what's been going on with them, and what's behind the family breakdown," she said.

"That provider is used when we don't have evidence of the family breakdown that's coming from the courts or Child, Youth and Family, and certainly we hoped by making that change that that would remove some of the discomfort around this."

This research is being presented today at the annual Grandparents raising Grandchildren hui held in Auckland.