The Fire Service has confirmed no one was inside flats above an arcade that caught fire in Pukekohe early this morning. 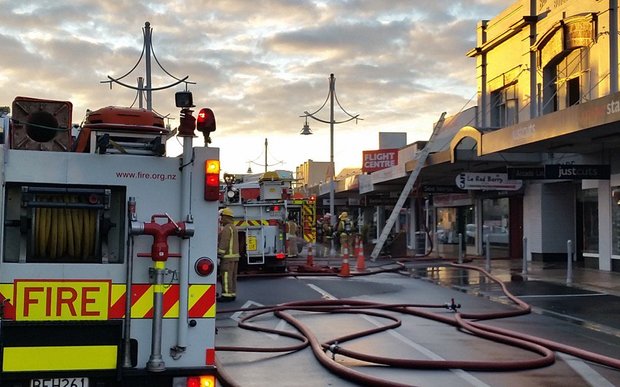 The Pukekohe blaze started in the two-storey heritage-listed Beatty and Marshall's building above the King Street arcade about 4.45am.

It has been extinguished.

Multiple adjoining shops also caught fire, a spokesperson said, with 19 fire engines and up to 80 firefighters from across New Zealand called to the scene.

RNZ reporter Carla Penman was at the scene and said there were what was believed to be flats above the shops.

Firefighters had been trying to gain access to the upstairs of the building, and had since established no one was inside.

She said there were fears some of the shops, which were all in very close proximity, had also been damaged but the fire was mostly around the Seahorse Sushi restaurant.

Red tape, broken glass and a police car with flashing lights blocked the arcade entrance preventing a number of retailers from assessing the damage.

Kin Son and his wife have owned the worst-hit restaurant for 15 years. They closed it temporarily, and said they were very worried.

The area's reticulated gas was shut off, and about 80 firefighters were at the scene. 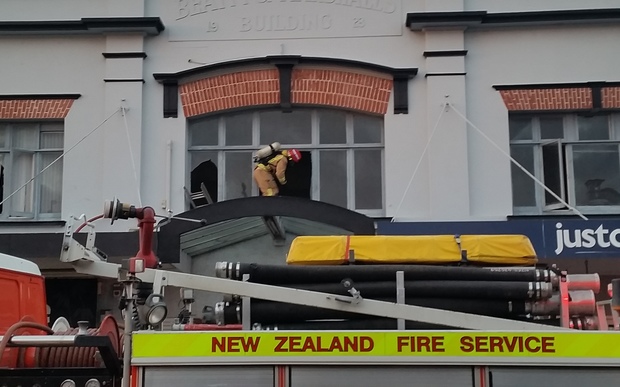