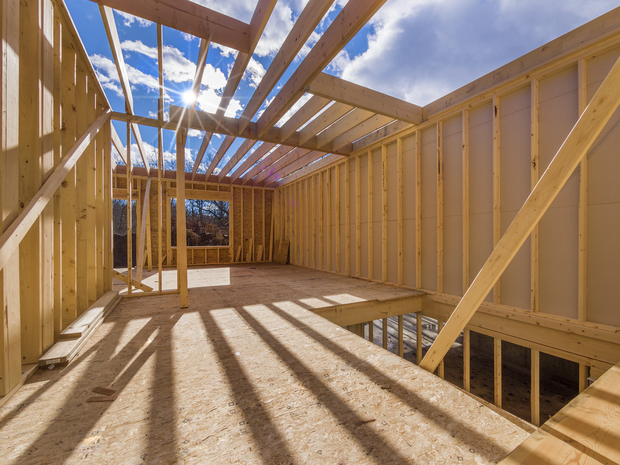 If headlines told the whole story, "Most Unitary Plan homes to exceed $800,000" would have been a cracker.

But the Labour Party's media release headline has led us into the parallel universe of computer modelling, where things in Auckland aren't always as they first seem.

The figures - extracted by Labour from evidence presented to the Unitary Plan's Independent Hearings Panel - showed one hypothetical outcome, over the next 24 years, of re-zoning to allow far higher density housing.

The scenario painted by the modelling showed 85 percent of homes that would be built under the city's almost-completed blueprint development would cost more than $800,000.

Only one additional dwelling costing less than $500,000 would be built. In southern Papakura.

The computer model which generated the scenario has been developed by the Auckland Council's Research Investigations and Monitoring Unit (RIMU), as part of the hearings panel work.

It is highly regarded as a computer model. It attempts to interpret how re-zonings on a map will play out in the real world, using parameters created by an expert group of developers and consultants.

The model digests a complex mix of possible market responses to zonings, the likelihood of a property owner selling-up for redevelopment and the limitations posed by topography, to name but a few criteria.

Version 3.8 of the computer model spat out five different scenarios, of which the picture highlighted by Labour was just one.

This was the scenario in which the chosen style of developments would be the one which delivered the biggest percentage profit.

There are also versions driven by a desire to create the cheapest possible dwellings, the largest homes, projects with the lowest costs for the developer, and an approach to produce the largest number of homes. 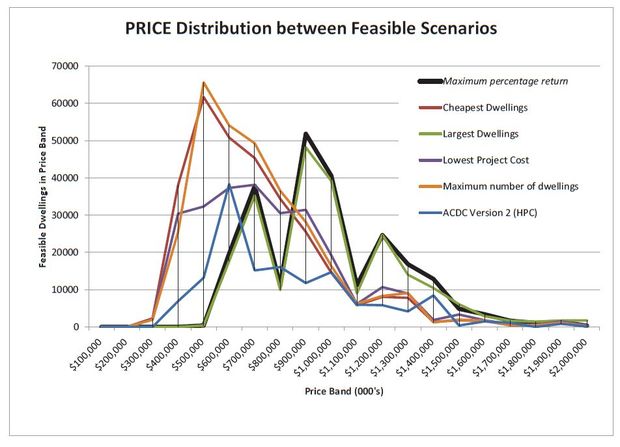 The reality is that developers will probably take a mix of approaches. A changing market may not always make an approach which seeks the fattest possible profit for each home.

Some may even be driven by a desire to not simply make the fattest possible profit.

An example of the gap between the model's view of the world and reality can be seen in its assessment of the Whau Ward, spanning central-west suburbs like New Lynn and Avondale.

In Whau, the model's maximum profit scenario envisages nothing built at a price lower than $600,000.

Respected developer Ockham is currently selling a 72 apartment complex in Avondale in the Whau ward, with 30 priced lower than $600,000. Thirteen of them are below $500,000.

The computer model also looked at only part of Auckland's future. That is, re-zonings which allow increased housing capacity in the urban area.

It did not include the Future Urban Zones in the rural fringe, and it did not include conversions of existing buildings, such as the office towers on Hopetoun Street being turned into apartments.

It also did not include properties considered - in today's world - uneconomic to knock down and replace.

Nor did it include the possibility that planning rules might change in the next 24 years.

Housing New Zealand (HNZC) owns 31,000 dwellings across Auckland and argued before the hearings panel that a significant upzoning could boost that by 39,000.

That won't necessarily be just state-owned rentals. HNZC has been viewing re-development with a goal of creating three dwellings for every one it currently owns.

In the long run the additional two could be sold on the open market, or through other housing providers.

The Auckland Council says the computer modelling is not a forecast. But accepts it's the nearest thing that there is to one.

Is it reality? No, it's a computer-modelled, nearest-thing-to-a-forecast, using just one view of what might happen in Auckland over the next 24 years.

The Auckland Council begins a series of meetings on 10 August, to debate voting the plan into effect.