A leading art critic is appalled a work by a prominent New Zealand artist is being permanently taken down from an office building that is being refurbished.

The artist, Philip Trusttum, is also upset his huge glass work, draped around the front of the building at 44 The Terrace in central Wellington, is to be removed. 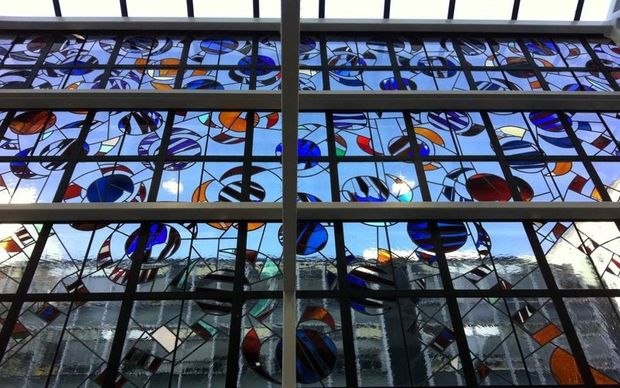 The artwork Northern Lights by Philip Trusttum, which is installed at 44 The Terrace in Wellington. Photo: Supplied

The Terrace houses many government departments and number 44 is no exception.

But what does make it different from the rest of the more predictable architecture is a huge 55m by 5m leadlight art work entitled Northern Lights which was installed in 1987.

Trusttum said the building's owner, Kiwi Property, had not told him or the creators of the stained glass, Suzanne and Ben Hanly, it would be coming down.

"They should have phoned me actually and said 'we're taking it down and we're going to put it in storage until we decide what to do with it'," he said.

"That should have been the way they did it. That was the way the Christchurch City Council have done it. There should be some protection order to stop any willy-nilly 'we own the building, let's get rid of it'."

Kiwi Property said it was being removed because it was not safety glass and lacked "seismic resilience", but Trusttum said it was leadlight, very strong and would do less damage than a large plane of glass falling on pedestrians.

"I'm appalled. Public art is exactly that. Public art is no use to anybody in a packing case. We've had plenty of that situation in Auckland and round the country, generally speaking.

"That work was there for public reasons, it was paid for by public money, it should remain as a public work of art."

Mr Keith said New Zealand had got better at protecting heritage buildings and needed to do the same for the preservation of public art. 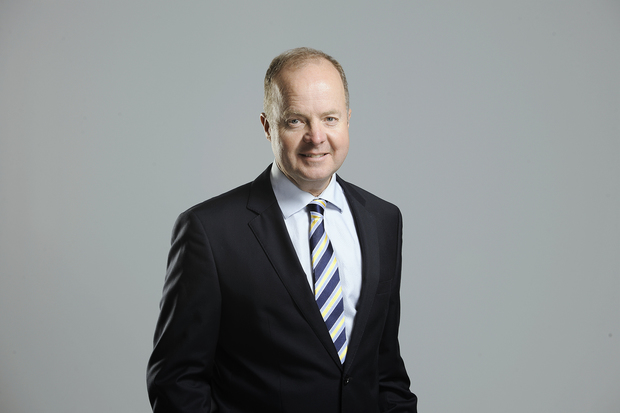 But Kiwi Property chief executive Chris Gudgeon said the building was being given a $10 million refurbishment and strengthened to withstand earthquakes.

Safety was paramount and the company could not afford to take risks, he said.

"The glass in it is not safety glass and we are concerned that in the event of an earthquake it may not stay in place. We are taking the opportunity during this refurb to remove it, but we're removing it very carefully because there's some stained glass sections in it."

But Mr Keith said those reasons were specious.

"If stained glass was an earthquake hazard or seismic hazard then most of the cathedrals and churches in the country would be stripped of any of their windows.

"There's a kind of unfeeling view amongst some developers about public art and that work should not be removed." 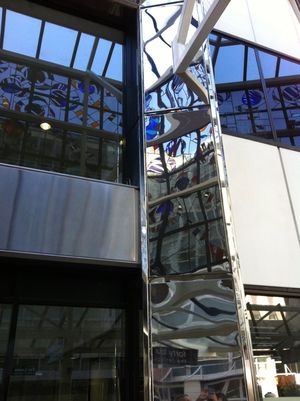 The artwork is reflected by the supporting beams. Photo: Supplied

Suzanne and Ben Hanly are stained glass specialists and made the artwork.

She said she was shocked to learn that a work that had appreciated in value was being discarded.

"When it went in we went, 'well, this is great, this is an artwork that's going to be there forever' ... you don't see European cities taking their amazing artworks down and discarding them, they treasure them."

Ms Hanly said the windows were not an earthquake hazard.

"In the event of an earthquake, the lead that holds the panels together will hold the glass.

"You may get small pieces falling from the framework, but nothing like large glass panels falling down which would happen with most glazing systems in modern buildings."

Robin Macandrew, who has worked in a building adjacent to the artwork for 21 years, said it had been a landmark in the area which tourists made a point of visiting and The Terrace was "just a row of buildings until you get to this beautiful artwork".

She said she had noticed scaffolding going up and asked a Kiwi Property staff member if the work was being removed.

His answer left her astonished, she said.

"I find it incomprehensible that someone would remove it without thinking about where they would take it to next.

"I asked the building owner's representative if, when they redevelop their frontage, after removal of the awning, whether they could incorporate the work into the new frontage, but no, he said, they weren't thinking of that."

Ms Macandrew said it was a unique work by a well-known New Zealand artist.

"I think it's a sort of desecration really of someone's life's work."

Chris Gudgeon said Kiwi Property had a proud heritage of supporting the New Zealand arts and hoped the art work could be rehoused.

Mr Gudgeon said the company hoped to find someone to take it and would talk to the Wellington City Council to see if anything could be worked out. 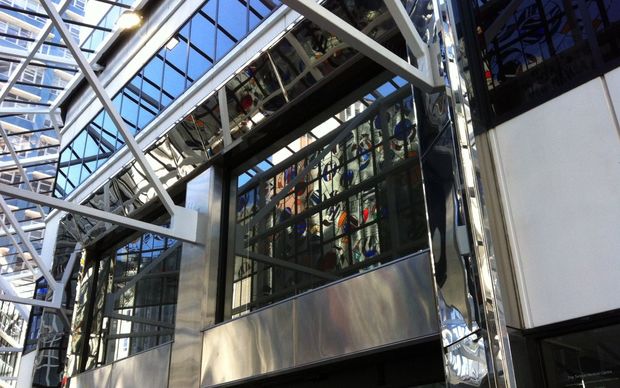