The government plans to take a significant part of the money that New Zealand Post will get when it sells 45 percent of the Kiwibank to the NZ Superannuation Fund and Accident Compensation Corporation (ACC). 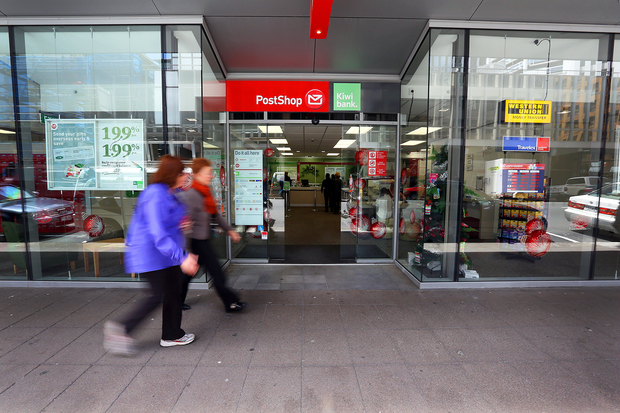 The two Crown investment entities are paying $495 million for the stakes, which values the Kiwibank group at $1.1 billion.

NZ Post plans to use the proceeds to repay debt and pump some back into its its postal and other operations.

But Finance Minister Bill English told Morning Report the government was talking to NZ Post and expected a special dividend from the sale gains.

"The government wants to make sure we get some back," he said, adding the money would be used to fund other government policies.

Mr English said the transaction was not politically motivated and the Super Fund and ACC had not been forced into the transaction, which was initiated by NZ Post.

"They haven't been under any constraint with this... the Super Fund would tell you they have acted consistent with their independent mandate."

He said the government would effectively back Kiwibank through a $300m capital facility if NZ Post withdraws being a guarantor to the bank.

Credit-rating agency Standards & Poors has warned it would likely downgrade Kiwibank if it lost the NZ Post guarantee.

Meanwhile, a banking expert said the deal undervalued Kiwibank, and the Super Fund and ACC were buying their stakes on the cheap.

Director of Massey University's banking studies centre David Tripe said NZ Post was selling the 45 percent shareholding at book rather than market value, which would result in a higher price.

"If this had been structured as a genuine market transaction, I would not have been surprised to see this transaction worth $700 million rather than $495 million"

Mr Tripe said the Super Fund and ACC might be looking for better returns down the track.

"It may be a way of pumping some profits artificially into the Super Fund and ACC, if they're buying under value then somewhere down the track they'll end up picking up some capital gain."

He said in the short term Kiwibank would benefit from improved corporate governance and improved pricing of commercial transactions.