Six cyclists died on the roads last year - the fewest in 12 years. 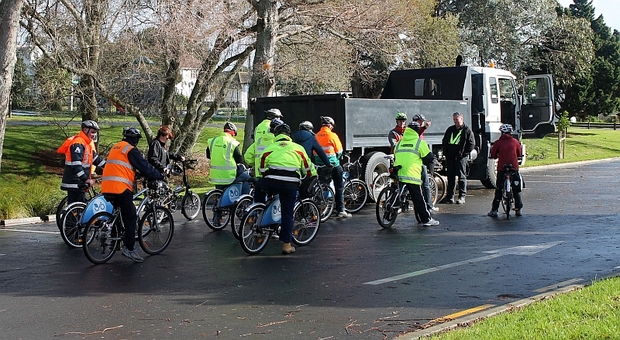 Figures from the Transport Agency also showed the number of serious crashes involving cyclists last year dropped by about 20 percent.

There was a slight uptick in people riding their bikes, which the agency's national cycling manager, Dougal List, said showed people were feeling safer.

"New Zealand's never seen so much effort going into making cycling an attractive transport choice - about $350 million over the next three years," he said.

"Countries that have a fantastic cycling heritage like Denmark or the Netherlands - that didn't happen overnight. It took 30 or 40 years of ongoing investment in cycling networks."

Auckland Transport figures show a 20 percent increase in cycling in the city over the past year.

"It means that drivers are more used to seeing people on bikes," he said.

"It's great news that more people are discovering the simple pleasure and convenience of riding a bike - the most important thing is councils and the government are really investing in cycling infrastructure."

Mr List said the only downside was a steady reduction in the number of children biking to school - only two percent did so last year.

"Those who went to school 25 years ago will recall the bustling bike shed... biking to school was just what was done," he said.

"But there are places where those figures are starting to reverse, especially where there are good cycling paths."