A stop smoking campaigner is calling on the government to continue with annual price increases on tobacco, saying it's the most effective way to cut smoking rates.

From 1 January 2016, the price of cigarettes will increase by 10 percent, the fourth and final scheduled annual increase. 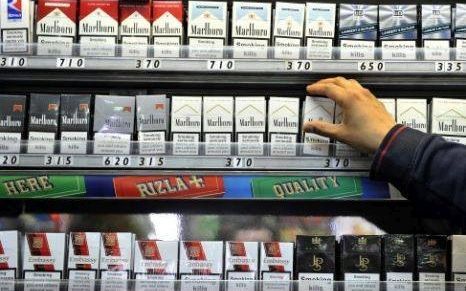 The government has yet to announce whether it will commit to further annual price increases, but has said it wants to make the country to be smoke-free by 2025.

End Smoking NZ chairwoman Marewa Glover not only wants the increase to continue, she wants the government to raise it.

"I found with our studies people tend to have a budget. So they might say their budget is $15 for tobacco, a day and then they just make it work. They'll buy loose tobacco, they'll shift from the manufactured tobacco packets to loose tobacco and start rolling their own, to make it go further."

"They try and reduce down the number of cigarettes per day. They try and stay within their budget and what helps them by also shifting to a cheaper brand," she said.

"A lot of people have a price, what we call a break point and if it gets to that then they go ''oh no, that's it, I can't do this anymore, I have to quit', and they will make a serious attempt."

But there also needed to be more innovative ways for people to quit and she wants law changes so products such as e-nicotine for e-cigarettes were more freely available.

Under the current law the sale of tobacco is regulated and people are banned from importing, selling and distributing e-liquid, which is needed for e-cigarettes to work.

Instead a person can buy nicotine e-liquid online and import it for personal use only, but they can't distribute it pack it and sell it.

She said the restrictions were a real barrier to stopping people smoking.

A recent study by the Health Promotion Agency of 18-24 year olds found that half the people in that survey were interested in trying electronic cigarettes to help them to quit.

But unable to access the e-nicotine, the product was virtually useless, she said.

"I have been seeing people who have got an electronic cigarette and they managed to obtain for their own use sufficiently strong nicotine e-liquid. I've seen immediate quitting

It's a consumer product that smokers are switching to, of their own choice. They're finding it themselves, they're paying for it themselves and it's the most preferred quit method in the UK," she said.

Starter kits cost about $60 but anyone wanting to buy one should either order it themselves or have it delivered to the person for whom it is intended.