A new central agency to combat cyber crime would be part of a step change in how New Zealand deals with the growing number of online threats and attacks, the government says. 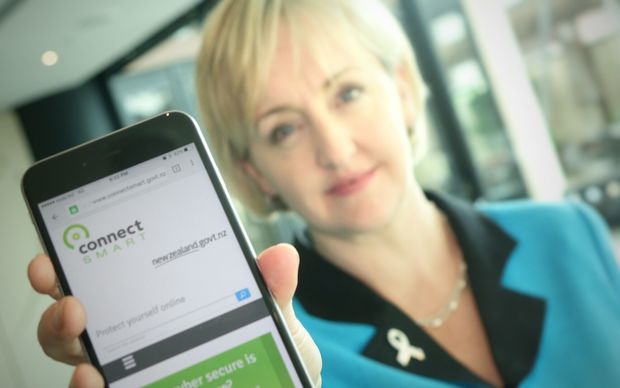 Ms Adams said it was not always clear where people or businesses who believed they were victims of cyber crime should go to get help, or who they should get it from.

There were "considerable overlaps and gaps" of services between existing agencies.

The planned CERT, a public-private partnership, would be the first point of contact for organisations or individuals and would provide advice to to businesses, individuals and the government.

Ms Adams said it was crucial the country's GDP was protected from cyber attacks because "vicious, anonymous" attacks could disrupt and destroy.

"Take for example our ports which are fully automated - a hostile attack against their systems could shut down port operations putting people out of work and causing millions in damage.

"Or, the economic blow for our farmers and rural economies of an anonymous cyber attacks disrupting one of New Zealand's milk processing plants and spoiling millions of litres of milk."

Ms Adams said a single cyber attack could wipe hundreds of millions of dollars from the NZX or shut down the country's electricity network. While these scenarios were hypothetical, their potential impacts "were sobering."

Last year, the average New Zealand household used as much internet data in a month as the entire country did 20 years ago.

"Through increased connectivity, our geographic location which once protected is no longer a barrier. We find ourselves exposed to malicious cyber attacks from anywhere," said Ms Adams while launching the proposal in Auckland.

Internet provider Spark said last night it was currently receiving on average more than 50 denial of service attacks each day. It said at one point more than 20 percent of its network was being "swamped" by these attacks.

"What we've seen internationally is that if governments try to do it... it doesn't work for business.

"If businesses try to do it on their own they don't have the heft and the technical know-how and knowledge of our cyber agencies.

"What we're going to do now is work with the business community to work out where we host it and how it works," she said.

'We need to be much more vigilant'

A number of businesses and agencies were in Auckland last night to hear the Minister's announcement.

Mike Clement, the deputy commissioner of police national operations, said a lot of the figures used to show the level of cybercrimes in New Zealand were probably underestimated.

"Whether it's child exploitation or fraud or identity theft... it's happening many times a day."

Mr Clement said it was crucial New Zealand join other nations by establishing a CERT.

"Internationally it's important... I think it's an important gateway when you're talking country to country so expertise is recognised right across the international network.

"Really, it gives people an access way in to talk about their concerns, report crime... those sorts of enquiries can be triaged and if it's a crime then referred to Police," he said.

NetSafe chairman Rick Shera said he was excited by the Minister's announcements.

"What we do know from NetSafe's perspective is that it (cybercrime) is growing.

"Certainly at the consumer end we're seeing increased numbers of scams come through, increased amounts of money, more people involved - so it is a threat and something that needs something done."

Kim Campbell from the Employers and Manufacturers Association (EMA) also gave his support.

"So far in New Zealand I think we've been lucky and we haven't had the disasters that are very common overseas.

"But it's coming our way anytime soon and there's absolutely no doubt that we need to be much more vigilant than we have been."