A Royal New Zealand Air Force team has won the military section of the Aerospace Maintenance Competition in Florida this week. 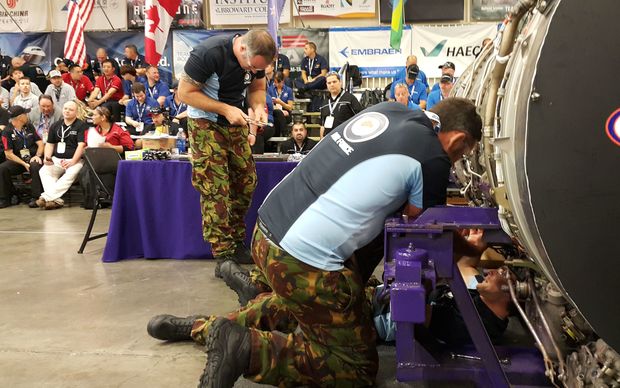 The RNZAF team working on a jet engine during the competition. Photo: Supplied / RNZAF

This is the first time the airforce has competed.

The team was made up of five people and they beat 38 other teams from eight nations.

Chief of Air Force Air Vice-Marshal, Mike Yardley said he is proud of the group's efforts.

"This was an excellent opportunity for us to benchmark our training alongside our international counterparts. The Defence Force is extremely proud of what this team has achieved."

During the event the New Zealanders set several new records for tasks.