How we deal with Wanganui and Whanganui at Radio New Zealand has been the topic of many emails and letters over the past few years.

With the variety of opinions expressed in the correspondence, it would be fair to conclude that we will never please everyone entirely.

There are a number of historical and present-day factors playing in the background. There are regional variations within New Zealand as to how iwi pronounce Te Reo Maori. This includes differing pronunciations for "wh". 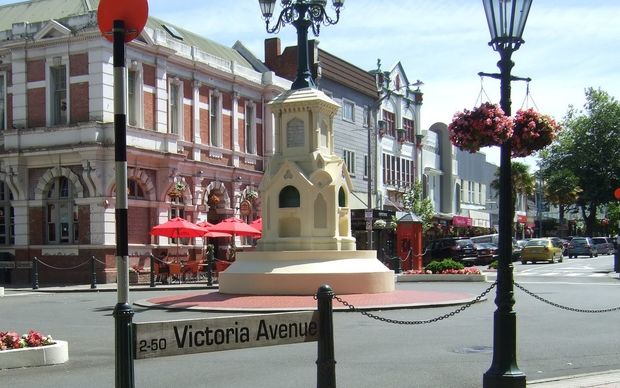 For over 50 years we have applied a universal national standard for Maori Language pronunciation - an equivalent of "standard English" or "the Queen's English".

Our practice has been to treat "wh", not as "f", as some iwi do, but closer to the sound denoted by the spelling adopted by the early nineteenth century missionaries and others, reflecting a similarity to the now-archaic aspirated pronunciations of "which", "why" and "where" etc - albeit, perhaps in a slightly more "fricative" way better described as "fh".

The pronunciation by iwi in the Whanganui area is well documented. The original transcribing gave us "Wanganui".

To quote from the Reed Dictionary of New Zealand Placenames, Bishop Williams (1800-1878), the first Anglican Bishop of Waiapu, and author of an early dictionary and grammar of the Maori language, wrote in Transactions of the New Zealand Institute, Volume 5: "Here we have the example of the natives dropping an 'h': it is no more correct to write and say 'Wanganui' for 'Whanganui' than it would be to write and say 'Ampstead Eath' and plead the examples there of the natives."

Bishop Williams was adamant that the spelling of Wanganui should include an "h". The meaning of Whanganui underlines that.

One could ask "Do we refer to 'whanau' in Wanganui as 'wanau' but use 'whanau' with a different pronunciation when referring to a Maori family somewhere else?

Maori have moved around considerably in the past 50 or so years. This latter point, I hope, goes some way to illustrating why we have a standard and nationally accepted application for the Maori language.

It should be noted that the original pronunciation of "w" as in Wanganui, actually involved a kind of glottal stop, or break, not heard today.

Another point to consider on local pronunciations is that many English place names are, in "standard English", pronounced differently from local usage. For example we do not say "Ooderzfield" for Huddersfield in Yorkshire. And closer to home, we do not say "Gorre" for Gore.

Following a recommendation by the New Zealand Geographic Board, the Government decreed that, while either spelling, Wanganui or Whanganui, would be acceptable, Crown agencies would use the Whanganui spelling.

Radio New Zealand, as a crown entity, made the decision to adopt Whanganui for use. So our pronunciation is fhah-ngah-NOO-ee, or hwɑh-ngah-NOO-ee.

A correspondent asks why we pronounce Chatham Islands correctly [IPA: ˈtʃætəm], mirroring the English pronunciation, but not so when we say Eltham. Londoners pronounce it ELT-huhm [IPA: ˈeltəm].

I can only suspect it is because the islands were named after HMS Chatham, the survey ship from which the land was first located. The name of the ship stuck, because it had been there close by.

On the other hand Eltham in Taranaki [IPA: ˈelθəm], named after a place on the other side of the world, probably got pronounced differently from the very start, out of pure ignorance of how the place in London was said.

Following my comments about words being misused or confused, a listener writes to add "compliment" and "complement".

He is absolutely correct about the differences, but on the radio they do sound the same. He also points out that decimate means to eliminate every 10th person, rather than to kill everyone. Again correct - it certainly doesn't mean to kill everyone, just a proportion of them!

And to other correspondents: be assured it is our policy to say VUL-nuh-r(uh)buhl for vulnerable [IPA: ˈvʌlnərəbl and SHED-yool for schedule [ˈʃedjuːl].