Today marks the 100th anniversary of the first New Zealand combat casualty of World War I. 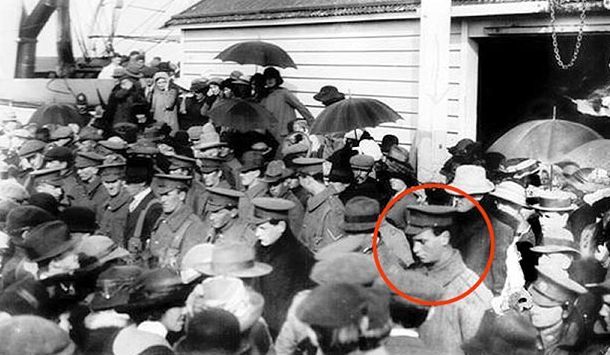 Private William Ham from the small settlement of Ngatimoti near Nelson died from his wounds at the Battle of the Suez Canal in February 1915.

In all, some 18,000 New Zealanders died during World War I from the 100,000 that served overseas during the four-year conflict.

Born in Ireland in 1892, William Ham emigrated with his family to New Zealand in 1900, eventually ending up in Ngatimoti in 1905.

His family sailed to New Zealand on board the RMS Athenic, the same vessel that transported Private Ham and his comrades to Eygpt.

Private Ham joined up at the age of 22 and went away with the 12th Nelson Company, Canterbury Infantry Battalion as part of the New Zealand Expeditionary Force.

They landed in Egypt in November 1914. Two months later the Turks attacked the Suez Canal.

The attack came as a surprise, according to Massey University War Studies Professor Glyn Harper.

"It wasn't a very well organised attack, the Turks were horribly strung out, particularly logistically and it certainly caught the New Zealanders by surprise and they hadn't expected to be involved in an action that soon," he said.

Professor Harper said the battle was short and the enemy were easily repelled, but not before 18 allied troops and an estimated 900 Turks were killed.

The President of the Nelson Historical Society Ken Wright has studied the Suez Canal Battle.

He quoted from a contemporary account by a Lieutenant Forsyth.

"An order came for us to retire to headquarters. It was easier said than done as we had to cross over an open space under fire. Two Punjabis were killed right away and we did not feel very keen, however we crossed in small groups with the bullets whistling all around.

"I crossed with three men at the double. About three-quarters of the way across, Ham who was in front of me dropped, shot in the neck. Ham, we found out later got one bullet in the rifle also, so the bullets were plentiful.

"Ham was groaning badly, so I crept back and made him comfortable as possible. He could speak and said he had lost the power of his arms and legs, so I knew the bullet must have lodged in the spinal column and so paralysed him. Shortly after, native stretcher bearers went out and brought him in."

William Ham later died in a field hospital and was buried at the Ismailia War Cemetery. 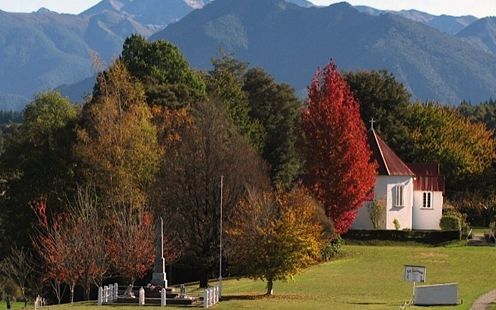 St James Anglican Church at Ngatimoti, where a service was being held in honour of William Ham. Photo: Motueka Anglican Parish

His sister-in-law Violet Ham spoke after the war about William, in this recording from Ngā Taonga Sound & Vision.

"He was a daredevil type who looked upon it as an adventure, I think. His back was broken and he lay there all day and they couldn't help him in any way.

"He was killed so early in the war that there was no notification of the next of kin. When my husband went to work in the morning, somebody picked up the paper and said 'Was that your brother who was killed?', and it had been his brother, killed at 21. The shock of Willie's death upset his father so much, he died 10 days later."

"All of the boys who were fighting at the Suez Canal were all good shots and they could take out a finger at quite some distance."

Professor Glyn Harper said that while Private Ham's death was the first of many during the war, it was fitting to remember him.

"These are sacrifices and conflicts we should never forget and it's entirely fitting that we remember and particularly remember the cost of war to so many young New Zealanders who went off on what they thought was either a great adventure or that they were doing their part for the British Empire and so on."

A service will be held at St James Anglican Church at Ngatimoti this morning conducted by a Defence Force Chaplain and the local Minister, Wayne Thornton.

"One of the sobering facts about this case is that 11 people from the district went off, 11 young guys and only two returned - Cyprian Brereton and one other. He was their commander and I think it was one thing he felt for the rest of his life that he wasn't able to keep them safe and bring them home."

The service, which starts at 11am will include tributes from the Defence Force, The RSA and a member of Private Ham's family. The Ode will be read and the Last Post played. A photograph of William Ham will also be dedicated.

Listen to historian and author Damien Fenton interviewed on Nights about New Zealanders in combat in WWI.