The collision between a car and a milk tanker in Bay of Plenty yesterday has claimed a second life.

A Rotorua man died at the scene, and a 31-year-old Rotorua man, critically injured in the crash, died last night in Waikato Hospital. Two women who were passengers in the car are still in a critical condition. 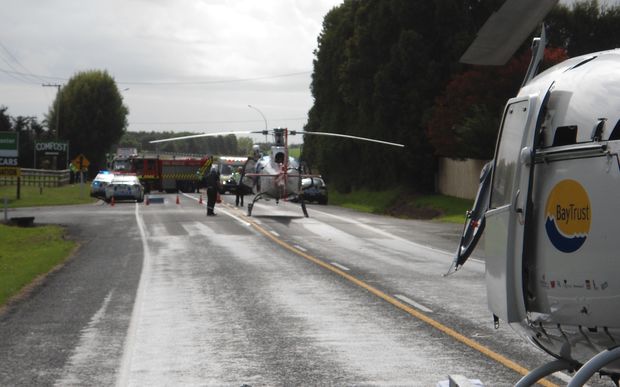 The death toll is now seven, the same for the entire holiday period last year, with a week to go before the period officially ends.

Those killed include a motorcyclist knocked off their bike in Canterbury, a person who died following a crash between a car and a truck in north Canterbury, the driver of a car that collided with a campervan in Southland and a man whose rental car crashed into another vehicle in Tauranga.

The death of a man electrocuted when a car hit a power pole in North Canterbury on Saturday night is not yet included in the official toll.