A vaccine developed in a collaboration with Otago University and which developers say has the potential to save more than 500,000 lives worldwide will be unveiled in India today. 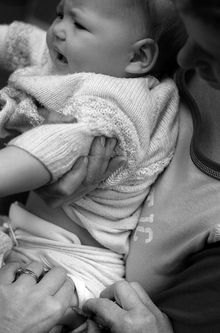 The vaccine targets rotavirus immunity, which will prevent severe bouts of diarrhoea in 90 percent of babies who are given the treatment.

The vaccine is a culmination of 40 years' research by Professor Ruth Bishop at the University of Melbourne.

A two-year clinical trial conducted in Dunedin during the past two years and involving 95 babies showed 90 percent of the babies developed an immunity to the rotavirus and avoided a potentially life-threatening bout of severe gastroenteritis.

Each year, 1500 New Zealand children under five are admitted to hospital with the rotavirus.

A new clinical trial is under way in Indonesia and it is hoped the vaccine will be available for widespread use in 2016.