People in New Zealand with family links to Israel and Gaza have been nervously watching escalating violence in the territories.

Israel launched its offensive in Gaza on Tuesday in response to a surge in rocket-fire from Palestinian areas. No Israeli casualties have been reported from the attacks which have target several Israeli cities.

Palestinian officials say 60 civilians, including children, are among the 78 people killed by Israeli air strikes in the Gaza Strip.

Israel has drafted 20,000 reservists giving them the means, if they choose, to mount a land offensive. 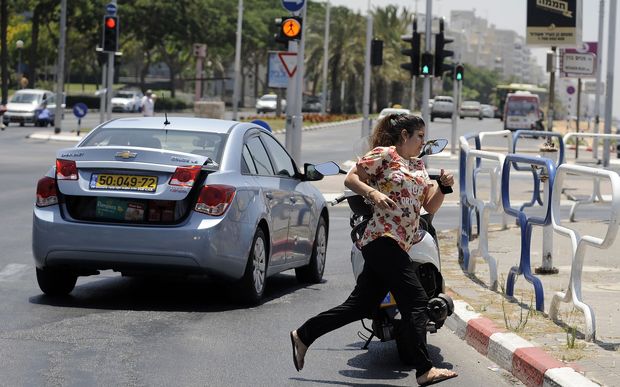 A woman runs for cover during a rocket attack in the Israeli city of Ashdod. Photo: AFP

Israel says militants have fired more than 365 rockets from Gaza since Tuesday - many of which have been intercepted by the Iron Dome system - and that it has attacked about 780 targets over the same time. 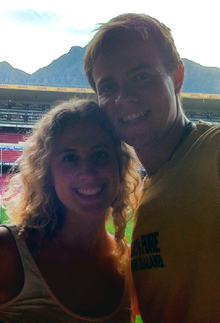 Louise Davies's 24-year old son Rhys and partner Michelle were in Israel as part of a world tour and have decided to leave earlier than planned.

"He assured me last night they're only five metres from an air raid shelter ... but as he says there's only 90 seconds to get in there, so if you miss that moment you just have to stay where you are."

Wellington woman Gael Keren has two brothers in Israel, and on Thursday spoke with one who lives just outside Jerusalem, about 50km from Gaza.

"A rocket went off, and before the siren went off they saw the rocket, but obviously the Dome interceded. But that's the kind of experience there all the time."

A Palestinian who lives in Auckland, Billy Hania, said the escalating violence was shocking and it hurt to watch from afar.