Tough financial decisions will be needed to bring rates rises in Christchurch under control, the city's council says.

Despite major cost-cutting, rates are set to rise by nearly 7.5 percent from next week, partly due to a fall in the number of ratepayers.

Councillors have spent the past two days discussing the city's annual plan and on Wednesday voted to raise rates for 2014-15 by 7.48 percent from 1 July. The average rates bill will increase from $36.38 a week to $39.10.

He said while there will be a rates rise for the next two years, with next year's increase about 6.5 percent, it's hoped there will be fall in the long-term.

"But hopefully we can get ourselves into a trajectory where rates are actually heading back down rather than up."

"We're going to have to make some very difficult and hard financial decisions, and that's something we'll have to get agreement around the council table for."

Councillor Glenn Livingstone said the council had had to think about sustaining revenue, but also the affordability of any increase for ratepayers. He conceded the scale of the rise could be too much for some residents.

"No-one enjoys being a representative who is part of a group putting up rates at any given time and especially in times of hardship but we had to make some tough calls over that."

Heathcote Valley resident Creag McCulloch said the rise would be unaffordable for some residents, including the elderly, and may price people out of the Christchurch market. He said a rates rise in line with inflation would be better.

Last week, the council signalled that repeated flooding in parts of the city could result in a rise of nearly eight percent. The draft annual plan had proposed 6.5 percent, while saying it could go as high as 7.96 percent. 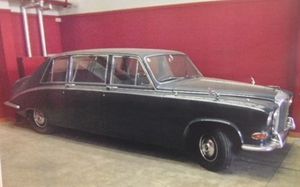 The council voted to sell the mayoral Daimler, a vintage car that has been in storage for several years.

In 1996, the council retired the 1970s car and voted to sell it but that decision was later revoked, with the vehicle lent to the Air Force museum at Wigram.

In 2008, the museum returned the car to the council and then mayor Bob Parker floated the idea of bringing it out of retirement for VIPs and special occasions - but it has never come out of storage.

The council also voted not to deck the city with boughs of holly - or any other decorations - this Christmas, deciding it can't afford the $50,000 cost.

Mayor Lianne Dalziel said given the council's financial position, it should not be spending money on decorations. The council has instructed staff to look at sponsorship options instead.