Air New Zealand is warning people who buy plane tickets from social media sites they will not be allowed to fly if they are caught.

The airline is sending warnings to people on-selling flights using social media, saying the practice breaches its terms and conditions.

But some students who have received the warning say they had no choice but to on-sell tickets using the internet. 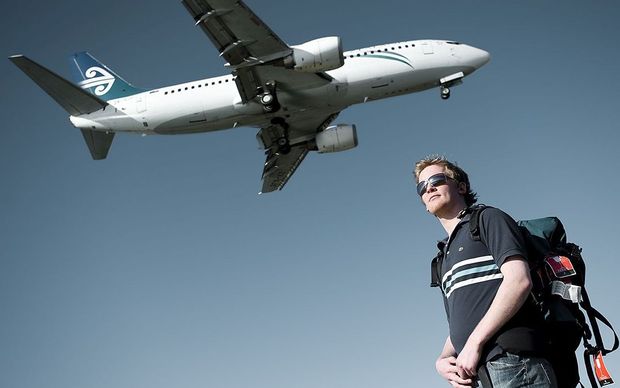 Victoria University student Breahna Robinson recently bought an Air New Zealand ticket for a flight from Wellington to Tauranga, but her exam timetable meant she had to change the flight.

Ms Robinson said changing the flight would have ended up costing more than the ticket was worth, and as there was no name change option she offered it for sale on Vic Deals, a buy-and-sell Facebook group with nearly 15,000 members.

Air New Zealand spotted the ticket for sale on the website and emailed her, saying that what she was doing was not allowed and that she would need to show ID when and if she used the ticket.

But Ms Robinson says the airline's attitude to changing flights meant she had no choice but to on-sell.

"Buying tickets is a really expensive thing to do, and going home is really important.

"When you can't make those flights, or they're inconvenient, you should be able to sell them or at least change the name to give them to someone else to use."

Ms Robinson was not the only person contacted by Air New Zealand.

Another student at Victoria University, Danielle Forde, received the same warning when she offered a ticket for sale on Vic Deals.

She said her exam timetable also meant she could not catch her flight.

"If they won't change it, I have always just known you can sell your flight because they don't check your ID."

In a statement to Radio New Zealand , Air New Zealand said it must know who is on board its flights, and the name on the ticket must be that of the passenger.

The airline said it regularly monitors websites to identify people trying to on-sell tickets and contacts them saying doing so breaches its terms and conditions.

"Where these tickets are identified, and a person presents at an airport who does not match the person named on the ticket, we deny boarding," it said.

"I think for many students it's quite frustrating that the policies by Air New Zealand are so inflexible," he said.

"For real and genuine circumstances they are unable to catch them. But there isn't any ability to give that flight to a colleague or try to recover some of the costs of the flight they have paid for."

Jetstar said it does not monitor for people on-selling tickets and passengers can pay a fee to transfer the ticket to someone else.