Two men who committed a multimillion-dollar fraud involving a gas company they ran have been jailed.

Ronald Rosenberg, 73, and 46-year-old Sydney Hunt, 46, had earlier been found guilty in the Wellington District Court of 41 charges of using a document for pecuniary advantage. Rosenberg was managing director and chief executive of E-Gas Limited, while Hunt was its general manager. 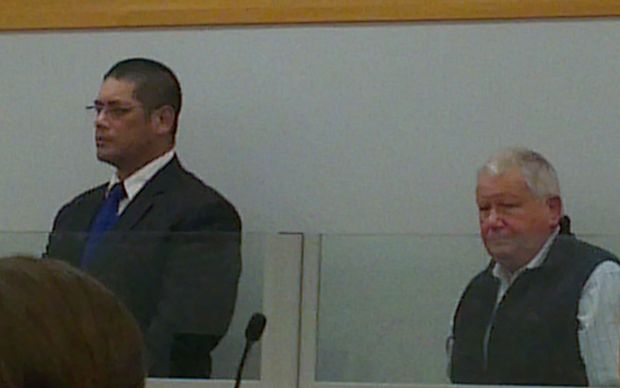 The Crown said the pair's crime was a $17 million fraud, but a forensic accountant who gave defence evidence said the avoided costs and penalties were much less than that at about $9.75 million.

Judge Bruce Davidson on Thursday jailed Rosenberg for three years and ordered him to pay $400,000. Hunt was jailed for three-and-a-half years.

The judge told the court that Rosenberg and Hunt had under-reported their company's gas consumption by 12 percent, which allowed it to effectively receive free gas by avoiding paying its wholesaler. They also avoided costs and penalties charged to gas suppliers.

Judge Davidson said there were several aggravating features to their offending, including the extent of the fraud, its sustained, deliberate and systematic nature, and the obvious degree of premeditation and breach of industry trust involved.

Rosenberg's lawyer Richard Laurenson said unlike some other fraudsters, his client did not live a lavish lifestyle or make extravagant personal gains from his offending.

Hunt's lawyer Kevin Preston said his client was genuinely remorseful and he read from a letter Hunt had written to the court apologising for his offending. In it he said he had let people down and the shame and humiliation the offending has caused him would affect everything he does in the future.

Judge Davidson said he drew no distinction between the culpability of each of the two men and for each of them there were several mitigating features, giving him room for a merciful approach to sentencing.

He said for both men the offending was out of character and he did not believe either would reoffend.

Family and friends of Rosenberg and Hunt sobbed and called out "I love you" as the pair were led from court to begin their jail terms.