A photographer has told the Court he saw a bright flash on a hot air balloon before it crashed and thought someone on board was taking a photo.

An inquest into the crash, in Carterton, in which 11 people were killed, is being held in the Wellington Coroner's Court.

Photographer Geoff Walker told the Court he worked freelance and regularly took photos of passengers on the balloon flights.

He said the pilot, Lance Hopping, was very safety conscious and would sooner cancel a flight, than be unhappy with the conditions.

Mr Walker said he was only aware of one previous accident at the ballooning operation when a woman broke her wrist during a hard landing. He said it was later discovered that the woman had osteoporosis. 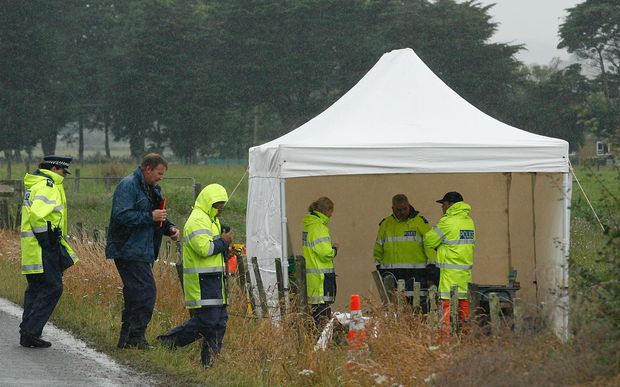 Emergency personnel at the site of the crash in 2012. Photo: AFP

On the day of the crash Geoff Walker said the balloon drifted directly over him and he photographed it.

He said a short time later he saw a large flash, which was so bright he thought someone on the balloon was taking a photo using a flash.

Mr Walker said he quickly realised something was really wrong and saw the balloon had hit a powerline and the basket had quickly caught fire.

He said within seconds the blaze was heading up the side of the balloon and he could see the basket was full of flames, but he could not make out the figures of anyone inside it.

Geoff Walker said he took some photos at the scene, because a Police officer asked him to.