The organisation that represents commercial property owners wants tax changes to be part of proposed legislation on seismic strengthening of buildings.

If passed in its present form, the legislation would require owners to bring their buildings up to at least 34 percent of the Building Code. 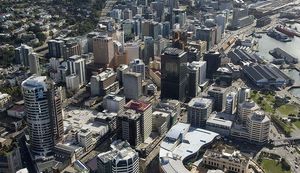 But Property Council chief executive Connal Townsend said thousands of buildings might be too expensive to strengthen without tax changes.

"The tax system assumes that by doing the work you're adding value to the building. But of course the moment it's discovered that it's below thirty-three percent of the code the value of the building hugely drops and owners are going to try and strengthen it desperately to bring it back up to value."

Mr Townsend said the legislation should make strengthening work tax-deductible and allow it to qualify for depreciation.