The number of people referring themselves for treatment because they have, or think they are at risk of sexually abusing children, is rising.

But funding problems mean there hasn't been enough money to pay for all the courses of therapy needed, and some people, who've voluntarily asked for help, have been turned away.

Jason* is one person who did get a place. He was caught by his partner, looking at child pornography online.

"I was fully in denial, I had a real lack of empathy for victims; to me they were just pictures. The compulsion becomes a coping mechanism, so if you're stressed or upset, the first thing you do is switch the computer on, you start dealing with your shame - temporarily - then you start feeling shame about what you did again."

After an initial assessment, Jason was accepted onto an adult therapeutic treatment course at the SAFE Network, which mostly consists of group sessions.

The SAFE Network is one of the three main community organisations in New Zealand offering treatment to people who have sexually abused children, or think they are in danger of doing so. 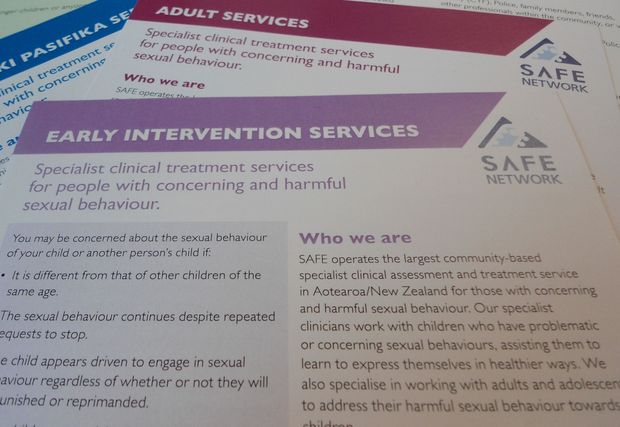 Some people who have voluntarily asked for help, have been turned away. Photo: RNZ / Lauren Baker

There are specially designed courses for adult men and women, children, Maori and Pasifika, people with intellectual disabilities, and people who have used the internet for child pornography or grooming.

Taking responsibility is an important step and can start before a single therapy session.

Chief executive Jacqui Dillon said although clients' details were confidential, if abuse had been committed, it would be reported.

"If we are aware that you've caused harm to either yourself or someone else, we have an obligation and a duty of care to notify, and that's what we do.

''Ninety percent of the time we work with that individual to enable them to make a report of concern to someone like Child, Youth and Families, or maybe to contact the police. In some instances, that's where the process of moving forward starts."

Research from Auckland University says the reoffending rate of people who've been through community courses in the previous four years, is 5.2 percent. That's compared with 10.5 percent for people who started but didn't finish the treatment, and 21 percent who were assessed for treatment but failed to take part.

Clinicians say those undergoing treatment have a better chance of success if they have a support person who knows about their problem. 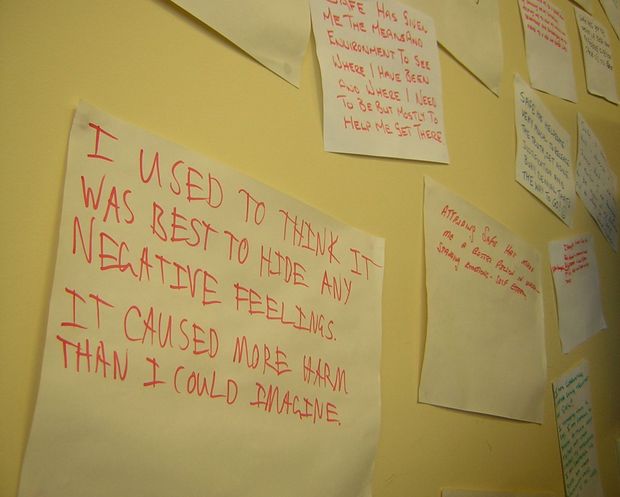 Carol* is a support person for a man she herself reported to the police, after one of his victims told her she'd been abused. She said the family knew the man had abused a number of children, and there was even a hui about it, but nothing changed until she took action.

"People knew it was happening but turned a blind eye, which is quite sad. The offending continued so I reported it to the police, he got locked up which was a good thing because it meant he could get help."

Of those who don't make it onto courses, few people can afford to pay the fees themselves. A consultation with the SAFE Network costs $2898 and a year of therapy costs $15,152.

Most places on courses are paid for by government agencies, so the Department of Corrections for those who've come out of prison; Child, Youth and Family, for young people, and the Ministry of Health for people with intellectual disabilities.

But a lack of funding means there haven't been enough free therapy places available, and some agencies have had to turn self-referred clients away.

WellStop said it was so stretched, it had three times more adult referrals than it could put through treatment.

The Stop Trust said it had to refuse a fifth of all adults who ask, but far more did not bother asking at all when they found out there was no funding anyway.

Over the past two months, victim support groups, abuse prevention organisations and groups who treat perpetrators have told the Government they're severely short of money.

Services will now benefit from part of a $10.4 million funding boost, according to a pre-Budget announcement on 30 April.

Although the majority of it will go to frontline support services for victims, a so-far unspecified amount will be given to therapy services for abusers.

But the funding is only to cover the next two years, and sexual violence victim and treatment organisations said it would be used to stabilise services that were severely struggling.

They said a long term, sustainable strategy was needed, which, it was hoped, would come out of the select committee's findings within the next 12 months.

*These people's names have been changed to protect their identities and those of their families or victims.