Unions say exemptions should be made for manual labourers if the retirement age in New Zealand were to rise. 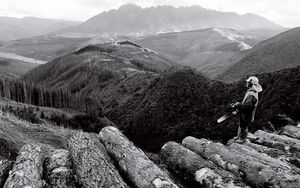 The federal government in Australia intends to raise the the retirement age there to 70 by 2035.

In New Zealand, the Government says it has no plans to raise the retirement age, but Labour and ACT both propose to raise it gradually to 67, to ensure the superannuation scheme is sustainable.

Maritime Union president Garry Parsloe said provisions would be needed exempting those in physically demanding jobs, who would struggle to keep working past 65.

Engineering, Printing & Manufacturing Union national secretary Bill Newson said members need a long-term policy to rely on and any policy should be backed up by a comprehensive KiwiSaver superannuation scheme.

Meanwhile, a university economist said the retirement age will need to rise as Australia's does, to prevent people moving to New Zealand just to collect superannuation earlier.

Auckland University's Retirement Policy and Research Centre co-director Susan St John said the age should start to be raised soon, because New Zealand cannot afford to be too far out of line with Australia.