The Government's announcement that New Zealand will join the rest of the OECD and begin writing State of the Environment reports is already being criticised.

The new reports would be required by law every three years and compiled by the Government Statistician and the Secretary for the Environment.

But critics want more independent analysis and question why the Parliamentary Commissioner for the Environment hasn't be given the job.

Air, sea, land, freshwater, climate and the atmosphere will be scrutinised and reported on every three years. Also, a report on one of the categories will be released every six months.

This replaces the five-yearly State of the Environment Reports by the ministry which were axed by the Government in 2012.

"It is a clear breach of their election promise, which was that the independent watchdog the Parliamentary Commissioner for the Environment would do the reporting. Instead the Government will report on itself and no doubt come up with the kind of snow jobs they've come up with in the past."

Environment spokesperson Eugenie Sage says while it's better late than never, it's hard to claim that the reports are independent.

"When you are at school the pupils don't mark the reports, so we still have concerns over the fact that it's not fully independent - that it's only having the Parliamentary Commissioner having a commentary role rather than producing the reports.

"Having the Government Statistician involved as well as the Secretary (for the Environment) will moderate some that risk of political interference, but it would be preferable if it was just the Parliamentary Commissioner."

Massey University freshwater ecologist Mike Joy agrees. "It surprises me that anybody would assume that public servants in New Zealand are independent. Obviously they're not, they report to the minister and they spend a lot of their time finding information out for the minister.

"If you've got to pay the bills and feed the kids, then you're not going to bite the hand that feeds you."

Dr Joy says the removal of a chapter from the 2007 State of the Environment Report by the ministry because of its criticisms of the dairy industry is proof enough that it shouldn't be involved. 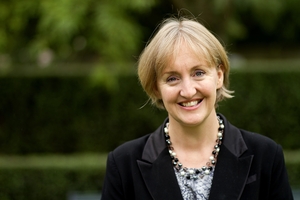 The ministry released a discussion document in 2011 about who should compile the reports and commissioner Jan Wright got overwhelming support. However, under the new legislation she will only be allowed to provide commentary.

Dr Wright is coy about the new reporting plan. "I'm going to take time to digest them and think about it. There will be a bill going to Parliament so I'll be expressing my views in select committee."

Environment Minister Amy Adams rejected the accusations that the Government Statistician and the Secretary for the Environment won't be independent.

"But the interesting thing is, that is the system we use already to produce a wide number of indicator reports in New Zealand - and the combination of the expertise of the sector agency and the independence of the Government Statistician - I think most people would agree is a quite well respected way of assuring that we have independent reports."

The bill will go before Parliament later this year. The first report into one of the categories will be released next year, with the first over-arching report due in 2015. Up until now, New Zealand has been one of only a few countries in the OECD without a legislative requirement to report on the environment.