Police have found the body of a boy who drowned after his father's dinghy capsized in Manukau Harbour.

Seven-year-old Tino Paasi was with his father So'saia, 45, and three other children when the boat tipped over near the Mangere Bridge in South Auckland about 2pm on Sunday. 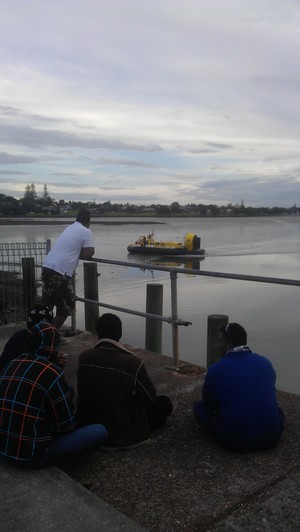 Family members at the search site on Monday. Photo: RNZ

The other children were rescued by onlookers, including Mr Paasi's two-year-old son who remains in a critical but stable condition in Starship Hospital.

Police say all in the dinghy apparently were not wearing lifejackets.

Inspector Jason Hewett says the Police Dive Squad were out on their last run on Monday when they spotted the boy's body in the water under the bridge about 7.15pm.

Inflatable boats and a helicopter scoured the Manukau Harbour from early on Monday and were joined by a police hovercraft which focused on mudflats and mangroves and the Police Dive Squad.

Police say divers will be back in the water at first light on Tuesday, while hovercraft, helicopter and rescue boat crews will continue searching for Mr Paasi for at least another couple of days.

About 30 family members kept vigil along the bridge throughout Monday, holding hands, crying and praying in Tongan.

One of Mr Paasi's sons who was rescued told Radio New Zealand News it was freezing and scary on Sunday and he knows his dad and brother will not be coming home alive.

The Coastguard says the harbour is one of the most dangerous in New Zealand and there have been three fatal incidents in the past eight years.

Mangere Boat Club commodore Bryan Anderson says the stretch of water where the accident occurred can be particularly dangerous for those without training. 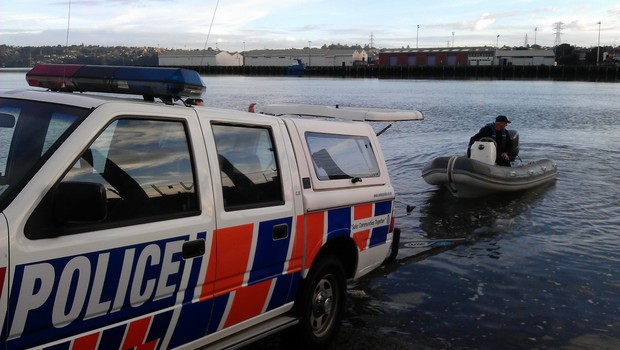