All 12-15-year-olds in England will be offered a Covid-19 vaccine after top medical advisers said that children would benefit from reduced disruption to their education. 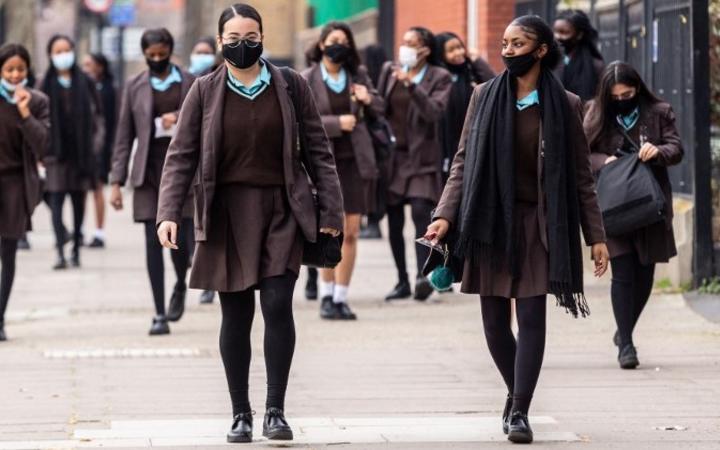 Students of Notre Dame secondary school head home after the first day at school in southern London as schools in England reopened in March. Photo: AFP

The British government confirmed on Monday that the offer would be extended to all children aged 12-15 after a unanimous recommendation by the Chief Medical Officers (CMOs) from the four nations of the United Kingdom.

"I have accepted the recommendation from the Chief Medical Officers to expand vaccination to those aged 12 to 15 - protecting young people from catching Covid-19, reducing transmission in schools and keeping pupils in the classroom," Health Minister Sajid Javid said in a statement.

Rollout to the cohort in England will begin next week. Scotland, Wales and Northern Ireland set their own health policy, though each devolved administration received the same advice from their respective CMO.

The CMOs recommended that children aged 12-15 in Britain get a first shot of the Pfizer-BioNTech vaccine, after the Joint Committee on Vaccination and Immunisation (JCVI) earlier this month decided against making the recommendation.

The children will be offered Pfizer-BioNTech's vaccine. Vulnerable children in the age bracket were already eligible for the shots.

The United States, Israel and some European countries have rolled out vaccinations to children more broadly, putting pressure on the UK government to follow suit.

There have been more than 134,000 deaths from Covid-19 and 7 million cases in Britain, and a rapid start to its vaccination rollout has slowed, with 81 percent of those over 16 receiving two vaccine doses.

The JCVI had previously said the decision to vaccinate children was "finely balanced" as the government then sought further advice on the issue.

The CMOs in a letter said that vaccinating children could reduce Covid-19 transmission and thus disruption to schools, and those benefits "on balance provide sufficient extra advantage... to recommend in favour of vaccinating this group".

"We do not think that this is a panacea, there's no silver bullet ... but we think it is an important and potentially useful additional tool to help reduce the public health impacts that come through educational disruption."

The CMOs said second doses would not be offered to the age group until at least spring as they would wait for more data from around the world.

Prime Minister Boris Johnson on Tuesday will unveil how Britain will roll out Covid-19 booster shots for the most vulnerable and elderly as part of his coronavirus strategy for the winter months. 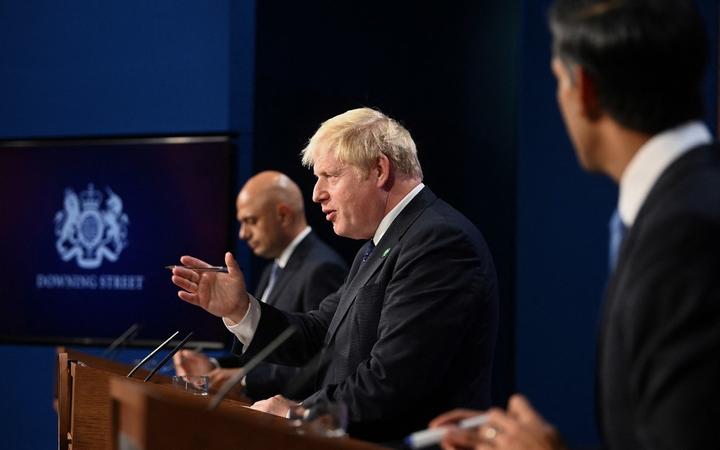 Johnson's government has already indicated it will scrap plans for vaccine passports to be required to get into nightclubs, end some of its emergency Covid powers and use lockdowns only as a last resort.

Instead, Johnson will lean on vaccines and testing to try and contain Covid-19 heading into autumn and winter, including a booster programme.

"The pandemic is far from over, but thanks to our phenomenal vaccine programme, new treatments and testing we are able to live with the virus without significant restrictions on our freedoms," Johnson said in a statement.

"Today I will set out a clear plan for the autumn and winter, when the virus has a natural advantage, to protect the gains we have made."

Johnson scrapped the last coronavirus restrictions in England in July, citing the more favourable conditions of the school summer holidays as he eyed what he characterised as a "return to normal".

Meanwhile, some leading scientists, including from the US Food and Drug Administration and World Health Organisation, in an article in The Lancet medical journal on Monday said Covid-19 boosters are not yet needed for the general population.