A beneficiary who was stuck in Sydney with her sick sister will be paid back hundreds of dollars after a Ministry of Social Development U-turn. 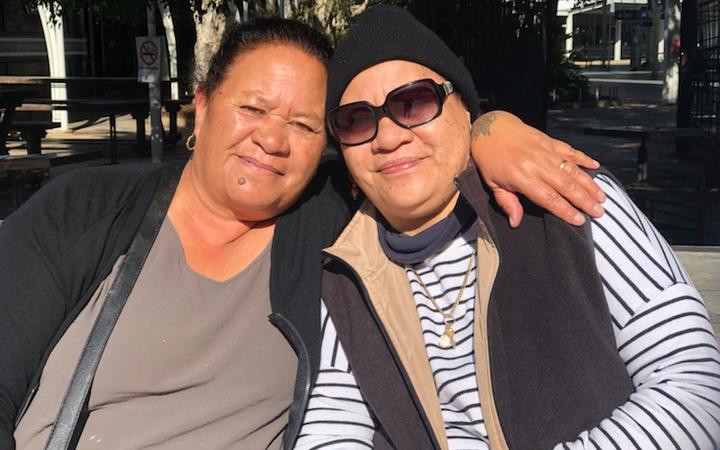 On 11 June, Joanne Minimita (Tainui) flew to her sibling Debbie Ngare (Tainui), who is too ill to travel.

Ngare has breast cancer, thyroid cancer, diabetes and emphysema and has recently had blood clots in her lungs.

She was too sick to fly to New Zealand when the bubble opened, so her whānau paid for Minimita to visit her.

"We hadn't seen [Debbie] for two years since our brother passed away, with her going through all her mamae at the same time and always getting a new illness," Minimita said.

But when the travel bubble closed, Minimita couldn't get a return seat.

Before she left the Ministry of Social Development (MSD) agreed to continue her payments for the planned two weeks in Australia.

After that, when the bubble shut, her Jobseeker and Unsupported Child Benefits immediately stopped.

It had been an "anxious and pretty daunting" time for Minimita.

"My power bill's in the arrears already, it's getting ready to be turned off next week. All my bills are six weeks behind. I rang home to a couple of my bills and tried to explain but you can only hold off the bill man for so long and he's wanting his money."

She has a 13-year-old grandson she cares for at their home in Tāhuna, north of Morrinsville.

He went to stay with his uncles while she was away, and he too has had no money.

Ngare has been upset by the situation.

"They [MSD] need a little bit more compassion and empathy for people who are genuinely, genuinely out trying to do a health check on their loved ones. They don't all try and rip the system off."

In response to questions from RNZ, the ministry reviewed Minimita's case.

In a written statement on Tuesday, MSD Regional Commissioner Te Rehia Papesch said Minimita would be backpaid for an extra two weeks of her two months away.

Papesch said the payments were automatically suspended when the Sydney lockdown began because "Joanne didn't let us know the impact changing travel restrictions had on her".

Minimita's niece has also helped her with daily calls to Air NZ to get a seat on a flight and a spot in managed isolation.

Now she is back in the country, MSD will speak to her about managing her outstanding bills and payments.

"Now that communication has occurred and they [MSD] have been informed, they do know that it was through no fault of her own, and so they are able to resume [payments]."

'We need to be able to help'

Nearly all forms of MSD payments were included.

But when the government quickly closed borders to New South Wales in June - leaving hundreds stranded amid flight cancellations and managed isolation shortages - the government did not bring in special assistance.

"We need to be able to help these people and we need to do something quite urgent, and we all know now that they [the government] can do things really quickly and urgently when they want to."

She empathises with MSD staff dealing with stranded New Zealanders in the latest border closures.

"It is really difficult for the staff on the ground and I think they're trying to work out how they can possibly make the rules that are in place work for a situation that they were never designed for."