The construction industry appears to be in better shape than expected as tradies say they're more optimistic about their future prospects, despite setbacks caused by Covid-19. 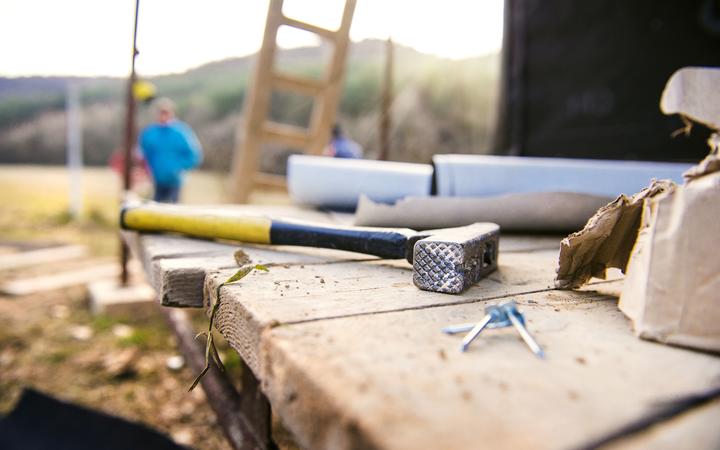 Over half of New Zealand trade business owners surveyed by job management company Tradify believed conditions would improve over the coming year.

The report found companies less than a year old have the most optimistic outlook - with three quarters thinking things will get better. While those companies a decade and older saw a steady decline in positivity.

Tradify CEO Michael Steckler said the pandemic's impact does not appear to have been as bad as initially feared, with job activity remaining at, or above, pre-lockdown levels.

"The steady increase back to pre-Covid levels in work activity... has brought business back and appears to be maintaining for the rest of the year, which is driving a lot of that positive sentiment," Steckler said.

The survey found builders and HVAC specialists felt especially positive, while most landscapers said things would stay the same. However the sentiment wasn't shared across the whole sector as roofers had the least positive outlook for 2021 with only 25 percent believing business would get better.

Much of this bounceback was coming from New Zealanders investing money meant for holidays into their homes, with some tradies experiencing "more work than they could cope with" he said.

"There are still a significant number of trades who aren't experiencing the kind of bounce back they would like. So it's not universally the same level across the board."

Around 13 percent of tradies believed things would get worse - more than triple compared to tradies in Australia, the survey said.

An uptick in new companies being opened as an economic downturn in other sectors was bringing people into the construction industry was another reason for more positive outlooks, Steckler said.