Finance Minister Grant Robertson has told an online forum hosted by the Bloomberg finance wire that consumer spending and business activity have rebounded since restrictions were lifted. 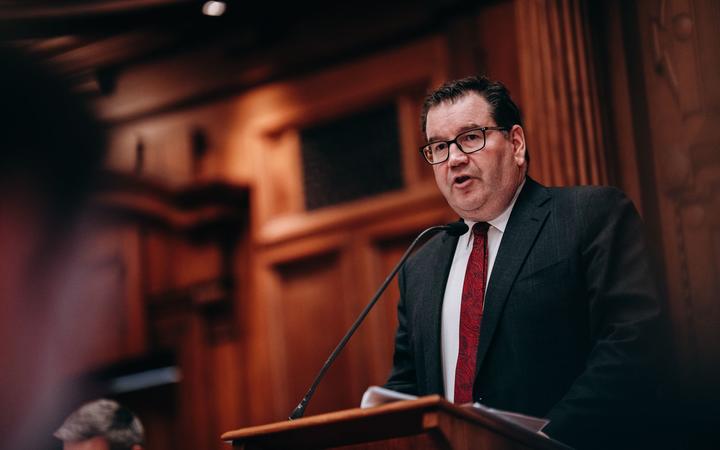 Robertson said the economy was bouncing back from the lockdown quicker and stronger than expected, and New Zealand was in a comparatively strong economic position in a world which was still grappling with the virus.

"We've seen from real time data such as heavy and light traffic transport movements, retail card sales, electricity demand that we are returning to pre-Covid levels in most of those areas."

Robertson estimated that the economy was running at about 95 percent of pre-Covid levels, but the continued closure of borders would hurt the economy with foreign tourists and students unable to come in.

He said upgraded Treasury scenarios on the pandemic's economic impact were now suggesting unemployment would touch 7.5 percent in the current quarter and peak at 9 percent, below the previous expectation of 10 percent.

Robertson said the government would use the $20 billion that was left unallocated from the budget to support the economy against the pandemic's impact, as and when necessary.

He said no options would be discounted but widescale cash payouts - known as helicopter money - did not figure in near-term plans, while he was "comfortable" with a net debt level of between 50 and 60 percent.

OCR to hold at record low

In the same forum, the Reserve Bank's chief economist, Yuong Ha, reaffirmed the official cash rate would be held at the record low 0.25 percent into next year.

He too acknowledged the strength and speed of the rebound since the easing of lockdown restrictions.

"Some sectors are recovering quite well, but that's a sectoral level, at a macro level there's still a lot of hard work ... there is a big hole in economic activity, and it will take time to fill that hole."