A battle is heating up between New Zealand and Australian honey producers over what constitutes mānuka honey. 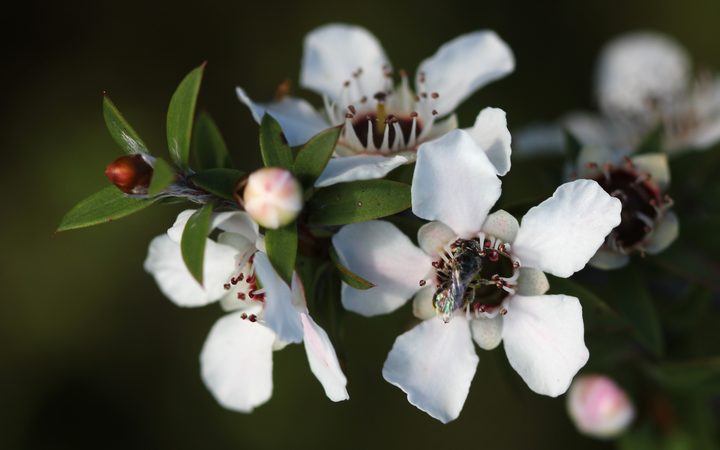 The newly formed Australian Manuka Honey Association (AMHA) is arguing that New Zealand's claim to mānuka honey, produced by bees foraging on native Leptospermum plants, does not stack up.

The ABC reported the new group would allow the domestic industry to formalise and fight for its right to continue to use the word 'mānuka' as a brand.

In New Zealand, the Unique Manuka Factor Honey Association has been pushing to trademark mānuka honey for more than two years.

Spokesperson John Rawcliffe said the conflict over the word mānuka had been an ongoing problem.

"And it's going to be possibly a longer battle. But the issue is if we stand back and look at it, we don't want to get into an 'us versus Australia'."

He said it was about using geographical origin indications to protect the multimillion-dollar industry from other countries cashing in and damaging the brand, much like Champagne from the Champagne region in France.

"This is a win-win situation - they've (Australia) got good unique honey, we've got unique honey, there is a clear difference between honey out of Australia and New Zealand.

"In that we can actually differentiate, distinguish and protect all the values of the honey so that we don't bastard-ise common name terms - and we have respect for this word mānuka."

Mr Rawcliffe said he was not overly worried about Australia's new Manuka Honey Association because it made it easier to have a group to communicate with.

The Unique Manuka Factor Honey Association has just finished filing for its copyright in the UK and has also filed for copyright in New Zealand, China and the US.

In Australia, the copyright is still 'on the table' and Mr Rawcliffe said they were reviewing their options at the moment.

"This isn't a game of playing anti-Australian, it's about respect for their honeys and the science they've got behind their honeys ... which is completely different to what we have in New Zealand."

Mr Rawcliffe said it is crucial that the high value market be protected.

"If we miss this point we will not be able to distinguish the honey and we lose that protection ... this is about getting it right internationally."

Mr Rawcliffe said the new government needed to support an industry initiative around a mānuka certification programme that protects the term 'Mānuka Honey' for all New Zealanders.

He said the government also needs to agree with industry on a Mānuka definition that is robust, uses contemporary science, is meaningful, and is internationally accepted.

He said the same name has been used over there for about 150 years and newspaper articles from the mid-1800s talking about mānuka plants growing in Australia.