Consumption of dairy products in Asia is lack lustre, but a drop in China's milk production will be good news for New Zealand, a visiting Chinese dairy analyst says. 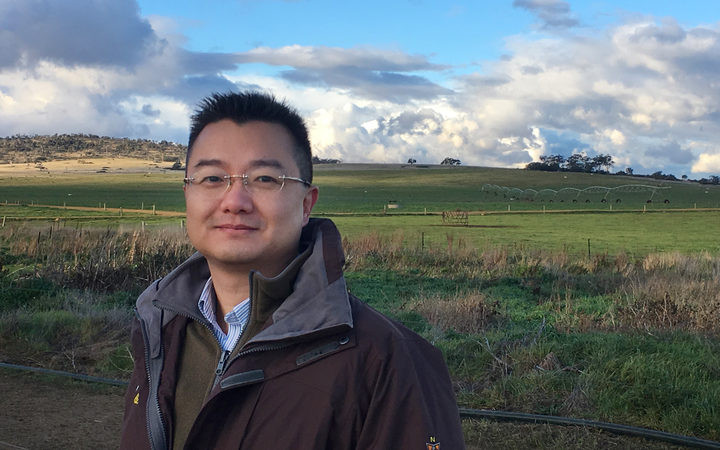 Rabobank's senior dairy analyst for Asia, Sandy Chen, is from Shanghai and is travelling New Zealand this week to give an insight into China's appetite for dairy imports.

Mr Chen said China's consumption of dairy products was growing at a slower rate, about 2 to 2.5 percent a year over the next five years.

He said the good news was that China's domestic dairy production was likely to be lower.

"Despite consumption remaining lacklustre we think that the supply chain in China is getting stretched.

"We're now heading into summer and the summer heat could negatively impact the dairy production on shore, which means there will be more input necessary to balance the market."

In China, a controversial one-child policy was introduced in 1979, to slow the population growth rate.

In 2015 the rules were changed to allow couples to have two children.

New Zealand's Minister for Primary Industries, Nathan Guy, said last year the softening of this policy was predicted to increase China's consumption of dairy by about 30 percent in the next 10 years.

However, Mr Chen said there had been a mixed response to the policy change.

"So far the policy has been met with what I would call a lukewarm response from people. There's still quite a bit of hesitation about whether the young people would like to have a second child ... this is largely due to a perception of pretty high costs of bringing up children."

It still had a positive impact on demand for infant formula, but not by as much as hoped.

Mr Chen said from 2000 to 2013 the growth in the infant formula market was about 15 percent a year, but the expectation for the coming three years was 10 percent growth a year, slower than in the past.

Despite this, Chinese demand for New Zealand dairy products should remain stable, he said.

"New Zealand will remain very important as an exporter to China ... there's a lot of need for sustaining that brand image, like 'Made in NZ', among the Chinese consumer."

He said New Zealand needed to drive more growth with value, not volume.

"New Zealand has been placing a lot of focus on commodity type dairy products, we need to think about the changing needs of chinese consumers in the new environment to supply more value-added dairy product."

China is New Zealand's largest dairy export market, with the latest report from MPI showing it received 24 percent of dairy products exported from this country.

In the year ended March 2017 China imported 412,000 tonnes of whole milk powder, and 92 percent of this was from New Zealand, a 6.4 percent lift on the year before.