The managers of the Kawerau pulp and paper mill are warning the cost of electricity transmission could drive the plant out of business.

The mill, one of New Zealand's oldest industrial plants, could end up with an electricity transmission bill at least twice as much as last year's entire profit if the way New Zealand pays for its electricity is changed and might have to shut down, its managers say.

The plant is already coping with falling demand for newsprint and underwent big layoffs three years ago. 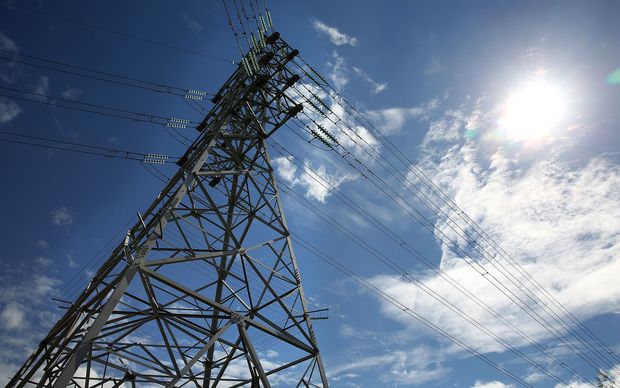 The Electricity Authority wants to change the way the cost of transmission is funded. Photo: RNZ / Diego Opatowski

The Electricity Authority wants to change the way people and companies fund the almost $1 billion a year cost of transmitting electricity via the national grid.

It wants to shift from a common charging system and move closer to a user pays model.

Under the proposed change, those a long way from power stations would generally pay more for the cost of getting power than those nearby.

Norske Skog, which owns the mill, said in a submission the changes would hit it hard, and could even close the operation.

"We struggle to understand why we should be run out of business due to the changes in transmission pricing," the submission said.

"Fundamentally what's being suggested represents a significant risk in terms of us being viable," he said.

"It is not meant to be a sensationalist response but just pointing out what is very obvious in terms of the impact on our business."

But that is dwarfed by the proposed increase in transmission prices.

Under one scenario, based on Electricity Authority modelling, Norske Skog transmission charges would rise from zero to $6.8 million, more than twice its annual profit.

The company's existing charges are low because it manufactures newsprint at unsociable hours when the price of electricity transmission is low. This can means running machines full bore at 3am and doing little production at 9am.

This practice was introduced to help the company stay in business when demand for newsprint fell. Its economic troubles caused it to shut down a printing machine in 2013, costing 120 jobs, but it has clawed back its earnings since then.

The Kawerau mill is one of New Zealand's most famous industrial plants, opening in 1955 to process wood from nearby forests. It is far smaller today, with 500 people employed directly or indirectly.

Mr Buist said he was hoping for relief from the changes through something called the prudent discount policy, which is intended to reward customers who might otherwise bypass the national grid.

If that failed, the impact on the community would be significant, he said.

"There are over 500 people here who have jobs either directly working for us or indirectly supporting us.

"We've got sawmills, rail assets, foresters, contractors, suppliers, you name it, who are all part of the equation."

The problems for Kawerau contrast with those of the aluminium smelter in Southland, which said change would be positive, not negative.