Meridian Energy says it is not planning to lower power prices despite reduced demand in June and its increased ability to supply more electricity. 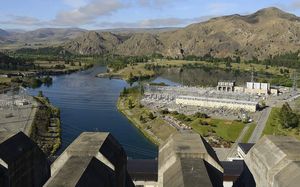 The listed company, which is majority owned by the government, also announced the highest June flow of water into its hydro catchments for a decade.

In the four weeks to 11 July, national hydro storage increased from 103 percent of the historical average to 111 percent.

Chief financial officer Paul Chambers said changes to short-term supply and demand do not have an impact on price.

He said if the record warmth experienced in June was taken into account, demand was only marginally down.

"So overall demand's pretty much flat."

He said that was reflected in a slight drop in sales.

"In our average contracted sale price we've seen a drop of 1.8 percent over the year from last June."

"When water levels are high wholesale prices do respond but you wouldn't expect that to feed through into retail prices."