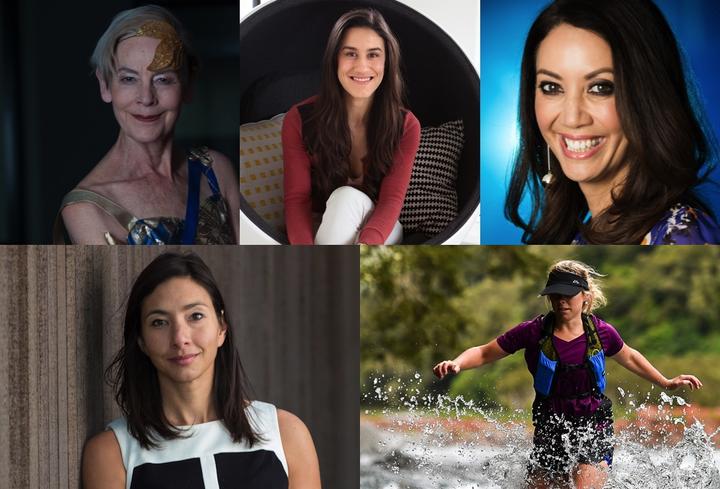 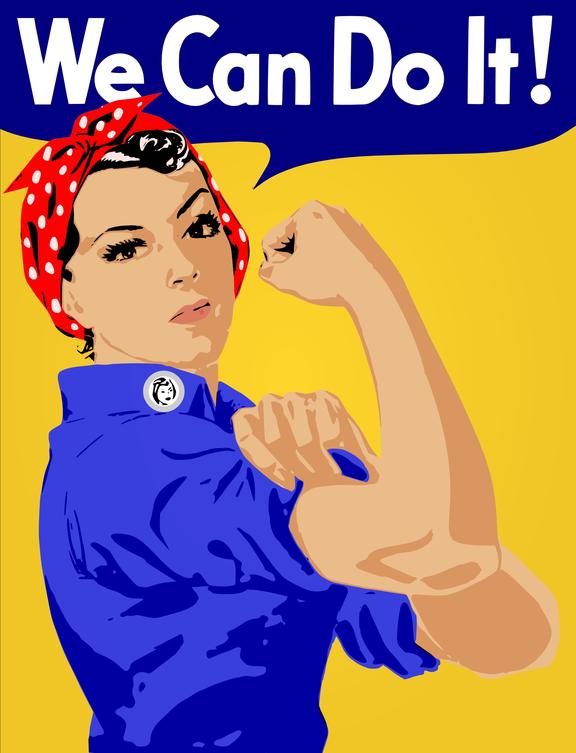 Recorded on the anniversary of 125 years of women’s suffrage in New Zealand, four women talk about their extraordinary personal stories.

Dr Michelle Dickinson (aka Nanogirl), is one of the country’s leading science communicators. Her commitment to increasing the number of women in her field is based deeply in her own life experience, and her conviction that opening up opportunities for girls is essential.

In her own words, here is her story:

I feel like I’m sneaky engineer. Because I shouldn’t be here. My mum dropped out of school when she was 14. She was illiterate and fed up with feeling stupid because she couldn’t read.

My dad dropped out of school when he was 15. And he joined the military on his 16th birthday. So I have two very uneducated but loving parents.

My Dad got posted to Hong Kong when he was 17 and he went to the pub and got very drunk. And he met my mum who was working in the pub, and she got very drunk, and voila! Here I am.

My parents had known each other for approximately two hours before I was conceived. They did not know the same language. I am the child of two parents who had no high school education who were 17. The odds were that I’m going to be the same. That I would grow up poor too.

And that is a story which happens around New Zealand. Children who grow up in poverty tend to stay in poverty. And only we can help them break that cycle. I believe that education is a way to do that. But maybe not in the traditional way of going to school and to university.

You know when you go to the careers advisor at school, you’re 15.

You get asked “What do you want to be when you grow up?” and you reply, “What are my options?”

They don’t mean it but they say, “You can be anything.”

And I said, “Great! I want to build a spaceship.”

“Well what are my choices?”

“Actually your choice is nursing.”

“Because I’ve got the pamphlet here.”

“That doesn’t matter. Plenty of nurses don’t like people. You’ll be fine. Here’s your pamphlet.”

Careers advisors are really unique, because they’re probably the only people who offer advice on careers who have never had careers. Anyway, there I am, wanting to be somebody who builds spaceships being told I should be a nurse.

Secretly my Dad had decided to go back to school. And he studied for a diploma in electrical engineering. And he came home one day with a soldering iron and a circuit board, and I said, “Yes! Dad, I need one of those.” 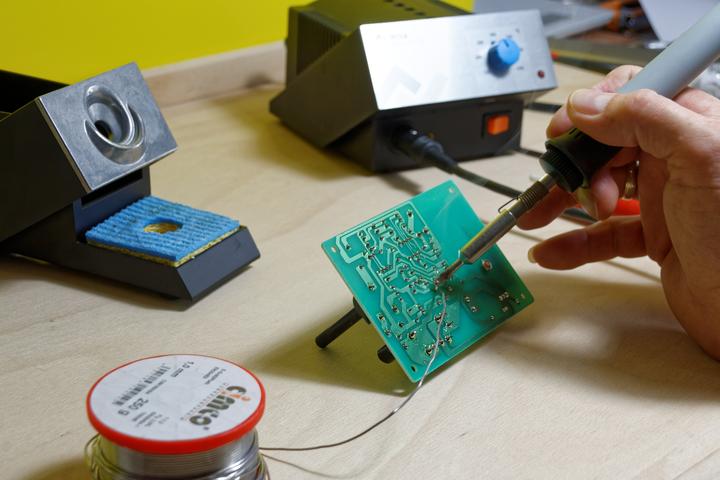 And so he gave me one. And I did what every child with a soldering iron does. I ran around the house melting everything. And then I got grounded. And because I sat next to him every night during his homework and learnt his stuff, he said, “what are you going to do with this skill?”

I said, “I’m going to build a spaceship.” And here’s the difference.

There is something really powerful in parents not closing doors on their kids. Because why not let your kids dream big. What’s the worst that can happen? Your child has this huge ambition and they strive for it? Well, even if they don’t make it, they might get close. They’re that much further ahead.

So here I am, soldering away. I was pretty good at it. But nobody had said stuff you learn outside of school counts as smarts. I failed high school. Weird, because now I have a PhD. At the time I’m 17 I get my grades and I suck because I’m not academic. My brain is not good with tests, exams, and pressure.

But with the soldering iron at home I built stuff. I fixed stuff. I took apart toasters. I build robots as a hobby. But no-one had said that thing is useful. Instead they said, “you failed chemistry. You’re not very smart.”

Being labelled a failure as a kid scars you for life. I wasn’t a failure. I just wasn’t very good at tests. But no-one differentiated those things to me. Nobody said to me “Tests aren’t your thing, but you’re great with your hands. You’re what we call a kinaesthetic learner.” 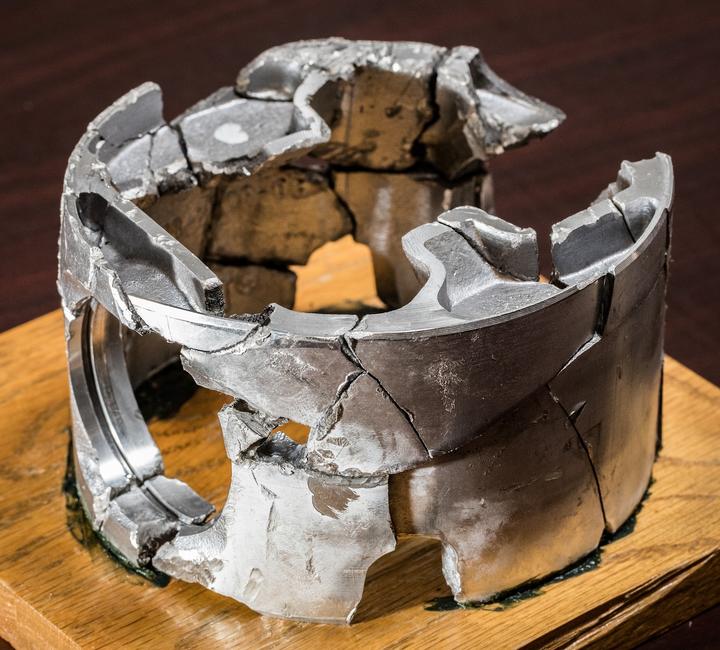 I ended up sneaking into university a few years later and finding my passion. I studied fracture mechanics engineering, and it was my space. And everything we did was hands-on. It was where I was supposed to be.

And I wrote back to my careers advisor and said, “Why didn’t you tell me to be an engineer?” She was like, “Oh no. You’re a girl.” She had never seen that as a career for me.

That’s something which Dickinson is determined to change in New Zealand, where she runs programmes which bring female engineers into schools to show girls (and their teachers) that this field is an option for a future career.

Having worked in Silicon Valley, Dickinson also fulfilled her childhood dream by working for the space industry. Had her father known this would happen before his early death, she thinks he would have been very proud of her.

Other members of the panel have very personal stories to share as well.

Hollie Woodhouse, extreme sports star and editor of an adventure magazine describes a punishing trip in Greenland; Lilia Tarawa explores her background growing up in Gloriavale and the injustice which impelled her to escape; and Margaret Austin traces a bohemian life in Europe (including dancing as a showgirl in Paris) which was far removed from her early life as a Palmerston North Sunday school teacher.

Hollie Woodhouse is an endurance athlete, adventurer and designer, who loves to be challenged: she has just returned from crossing the Greenland Ice Cap. Passionate about the positive impact of adventure and sport, Hollie believes in the power of do vs dream.

Lilia Tarawa is a best-selling writer and keynote speaker on the topics of self-love, liberation and empowerment. She was born into the infamous religious cult of Gloriavale and broke free at the age of 18.

Margaret Austin was brought up in 1950s Palmerston North, but made up for that by going on a European OE that lasted 13 years. Time spent in Amsterdam and Paris yielded a series of bizarre and life-changing adventures, recounted in her book Dancing Naked.

Dr Michelle Dickinson is an engineer on a mission to show that science is everywhere and for everyone. Her most recent book The Kitchen Science Cookbook is designed to make science and engineering fun, tasty and accessible.

Miriama Kamo is a broadcast journalist who presents the current affairs programmes Sunday and Marae on TVNZ 1. She’s a Cantabrian, a mother and a writer.