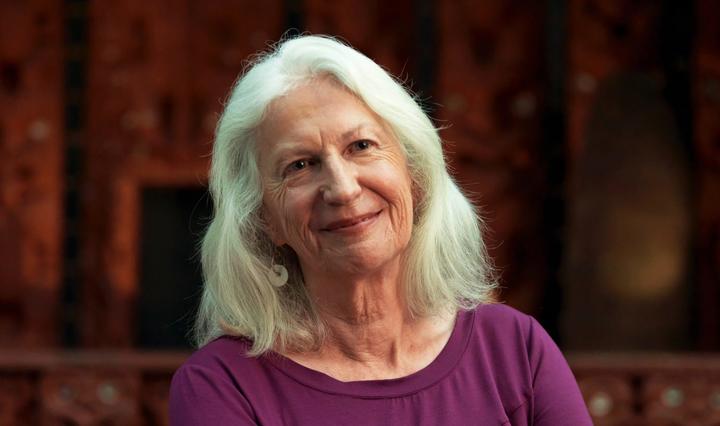 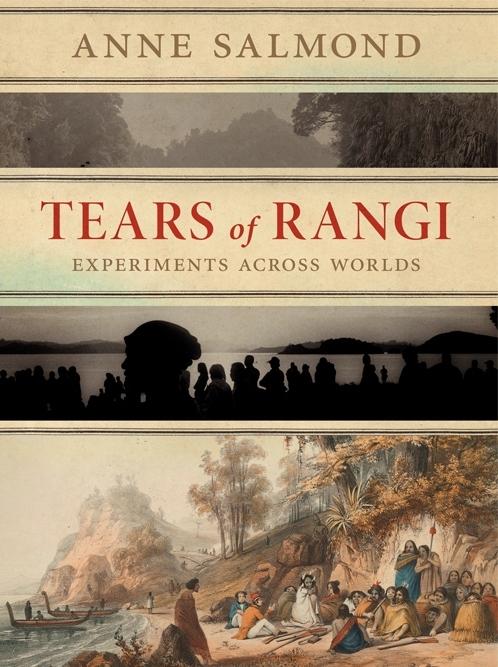 In what may be her most ambitious book, Dame Anne Salmond, distinguished professor of Māori Studies at the University of Auckland, considers New Zealand as a place where multiple worlds meet and collide.

In conversation with Eruera Tarena she explores how her own life experience has brought her to an understanding of the intertwining of Māori and Pakeha history, and the connection between humanity and the natural world.

Speaking to Tarena, she says, “I see so much hurt come out of sheer ignorance. And it’s willful ignorance sometimes."

"People like Don Brash offer a kind of exemplar of a kind of conversation that can happen in our country, where people who know absolutely nothing about te ao Māori – they’ve never studied the reo, they’ve never learnt to speak it, they couldn’t sing a waiata in it, they have no idea what that world is about, and how rich and how complex and how deep it is – will still dismiss it. “

Then-National Party leader Don Brash has mud thrown at him by a protester at Waitangi's Te Tii Marae in 2004, days after his controversial speech at Orewa. Photo: teara.govt.nz

And so when Salmond hears Don Brash being critical of the increased mainstreaming of te reo Māori today she wonders what would happened if she stood up and started going on about high finance and how to run the Reserve Bank. “Nobody would listen to me!” she laughs. “They’d just think I was a total fool.”

The views sometimes expressed on talk-back radio that that Māori were savages, that te reo is an infantile language, or that tikanga Māori has nothing to offer to our thoughts about how we interact with the environment, are simply uninformed.

However, Salmond is more critical of what she sees as wilfully obtuse perspectives, such as that of the cartoonist Bob Brockie, who has suggested that it’s ridiculous to think that knowledge of the Māori world view could offer anything to scientific knowledge.

“What these people know about these subjects could dance on the head of a pin,” says Salmond. “And yet they will speak about them with complete authority.”

This, she argues, is inimical to science, concluding “You can’t defend the scientific project by flouting its most basic principles.”

Tears of Rangi: Experiments Across Worlds begins with close inquiry into early Māori–European encounters, then investigates these with regard to waterways, land, the sea and people. Salmond’s conversation with Tarena explores how her life experience has led her to deep intellectual involvement with Māori history and ideas.

Dame Anne Salmond is a Distinguished Professor at the University of Auckland. One of New Zealand’s most prominent anthropologists and historians, she is the author of many best-selling and award-winning books.