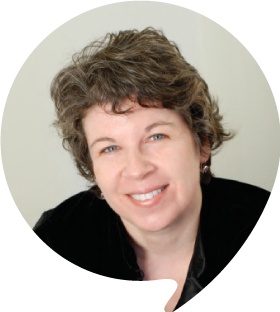 For USA novelist Meg Wolitzer, writing is about freedom, about not being inhibited. She recalls a conversation with a writer at the start of her career who asked “How do you write the things you do, because I have to go face the mothers at the school in the morning?”

Meg was startled by the question, and at the implication that you should hold yourself back for people you may not even like or know. For her the observation “If not now, when?” is a good motto, particularly because she writes fiction. “I feel like I have the Wonder Woman bracelets of fiction,” she proclaims, because her books aren’t autobiographical.

Although she did go to a summer camp like the characters in her well-reviewed novel The Interestings nothing else in book happened to her.

Neither was she married to a “big famous bloated Norman Mailer-ish kind of novelist” of the kind depicted in The Wife. Instead, this character was sparked by her experience of accompanying her novelist mother to a famous writers’ workshop in Vermont called Breadloaf, four decades ago.

“I would see the male novelists at that moment in the 1970s, kind of prancing around, enjoying their place. You know, for a long time in America and probably many places in the world, the twentieth century was really informed by male voices.”

According to Wolitzer this hierarchy meant that it was very hard for women to be at the top, and she thinks it’s still somewhat true, adding, “It’s kind of amazing the sexism that still exists, even though if you look at it through blurry glasses it doesn’t look like it’s there.”

Every year the USA organisation VIDA does a pie chart of the representation of women and men in literary fiction in the most prestigious journals, and the results are still very male-heavy it is, even though most of the fiction readers in the world are women. So, yes, Wolitzer says, there is still that bias.

How then does she make sense of it? “I think the way I try to make some larger generalisations about men and women and male power and female complicity is to write a humorous novel about it.”

Listen to the conversation between Meg Wolitzer and Kate De Goldi, recorded at the 2014 Word Christchurch Writers and Readers Festival: