February 6th is significant to many Kiwis for another reason - the birthday of the undisputed superstar of reggae Bob Marley. His one and only visit 40 years ago had a lasting impact on New Zealand music - still playing out today. 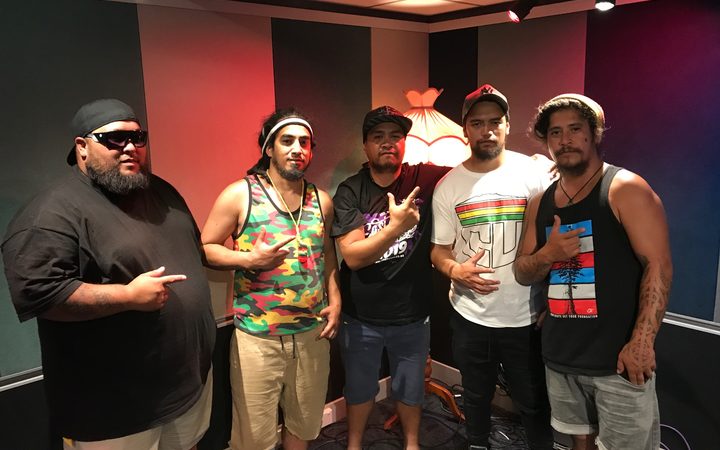 When Bob Marley died young in 1981, it was reported that an entire chain at the Whakatu Freezing works in Hawke’s Bay knocked off to attend a karakia and vigil for Bob Marley.

One reason his death was mourned so much here was the impact he made on his one and only visit two years earlier.

40 years ago Bob Marley arrived in Tamaki Makaurau where he was honoured with a wero and powhiri on arrival at Parnell Rose Gardens.

In April 1979, already suffering from cancer, Bob and his band The Wailers played to 22,000 people at Western Springs - a gig hailed as one of the best and most influential ever staged in New Zealand.

Music historian and author Chris Bourke says it was a major cultural event, coming between the land marches of 1975 and the Springbok Tour.

There was even a movie all about it made five years ago, starring Stan Walker - Mount Zion.

Up and coming Maori and Pasfika musicians who would become stars of the local scene were all there in 1979  - and were inspired.

15 year-old Porirua boy David Grace was given a ticket to the gig which changed his life.

"For my 15th birthday my mother’s sister and her husband bought me a ticket,” he he told TVNZ’s documentary series Give It A Whirl in 2003.

“I went to see Bob and it was like Jesus Christ coming back. From then on his lyrics put me on a different path. I’m still listening today and I hear words and phrases i didn’t hear before. He’s still surprising me, this fella,“ he recalled. 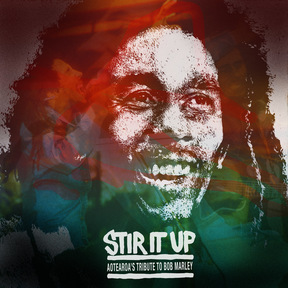 David Grace went on to start up Dread Beat and Blood, whose 1985 album Tribute To A Friend was a landmark recording.

The track Waitangi powerfully soundtracked the protest slogan of the time: “The treaty is a fraud / and we cannot afford - to lose.”

In some cases the next generation were there too that day in 1979. Reggae pioneer Tigilau Ness was at the side of the stage with his young son. The boy is now better known as Che Fu, on of the artists on the 2016 tribute to Bob Marley Stir It Up.

Future Herbs member Carl Perkins - who died recently - was there too. His sons now carry on his Whanganui band House of Shem.

Aotearoa’s connection with Bob Marley is carried on now by his next generation too. Last month, the East Coast Vibes festival in Gisborne was headlined by his son Julian Marley.

On arrival he and his band was honoured by a powhiri 40 years just as Bob and the Wailers were 40 years ago.

“We loved it, man. It was a great experience,” he told TVNZ’s Te Karere.

“It shows the roots of the culture heart-to-heart - a really warm welcome,” he said.

Last month’s One Love festival in Tauranga featured other son of Bob: Ky-Mani Marley who is a reggae and hip-hop artist  - as well as a Jamaican table tennis champion.

Both festivals also featured Common Unity - a roots and reggae band from Ohakune, with its members “coming all the way from the foothills of Mt Ruapehu, down the Whanganui river, out to Ratana Pā.” 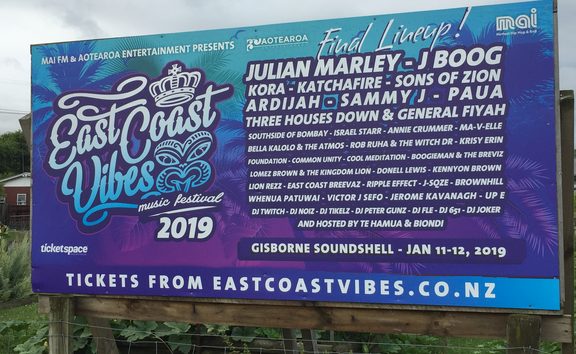 Common Unity's 'Ruapehu Reggae' went down well according to Tommy 'Kapai' Wilson in The Herald.

"They have managed to string both cultures into a tight and very strong reggae rope, one that will hold on to their Māoritanga, while at the same time stay fresh for an organically grown fan base," he wrote.

"Uncle Bob will be beaming after last weekend's One Love Festival, as were the faces of 20,000 who paid homage to the legacy of his music," he said.

Even though Bob Marley died before many of them were born, he inspired their newly-released wiata 'So Bob Says’. 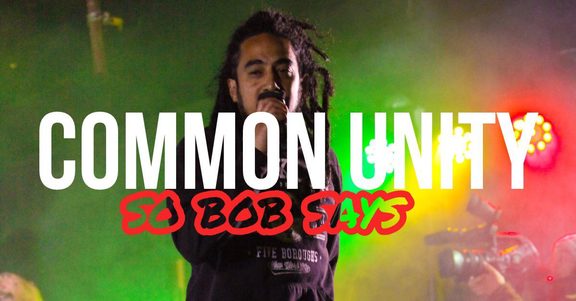 "It's a real big deal to us. Our parents were all grew up with Bob music and Jamaican music in the late 70s early 80s“ says singer Caleb (Kayz) Lucas.

"The people around the motu who were there have seen the seeds that were sown at that concert grown into the beautiful tree we have now," he says.

"Reggae had a big following in New Zealand pre-Bob anyway. All the way from ska to rocksteady to where we are now with the islands reggae, it's always been a part of New Zealand culture, Maori culture and Polynesian culture," he says.

Kayz Lucas says it was an honour to play alongside sons of Bob Marley at two festivals last month.

"You try not to around people like that but it's hard not to be star-struck . . because they're like royalty," he says.