Mariam Bahar has been fasting during Ramadan each year since she was 9 years old while growing up in Sri Lanka. 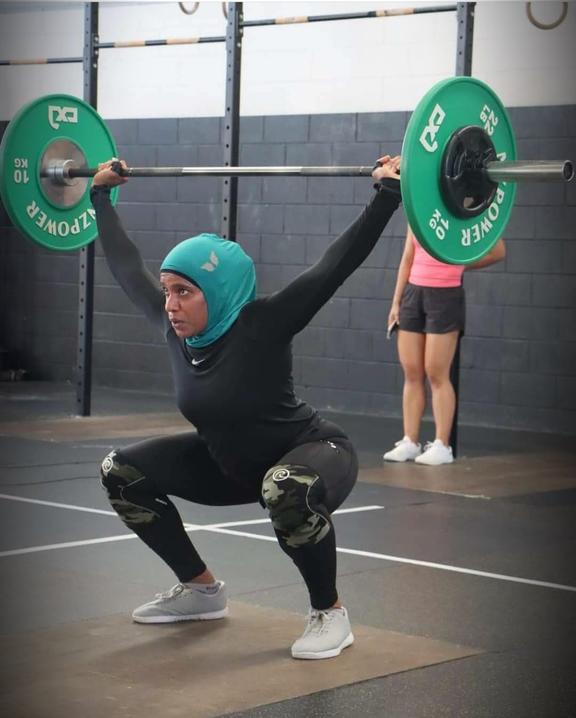 I meet Mariam at 5am just as she's finishing her sahur or sehri - a pre-dawn meal before starting the day's fast. She's in her workout gear and will start her morning workout shortly after prayers at 5.34am today. She trains Crossfit competitively and is also a personal trainer for women.

During Ramadan, although her workout is a milder version of what she normally does, she keeps it going.

"It's a time to reflect on Ramadan, so other things become secondary.

"Right now it's about listening to your body ... keeping moving. It's not about achieving some personal best or anything.

"I'm blessed to follow the things I choose to. When I first started Crossfit, I wore a normal hijab.Then I thought if I want to get good at this then I need to do what other people do ... and you look around and they don't dress like you. I found sports hijabs, these things exist!

"The only expectation I had from my family is to be the best Muslim I can be. And my take on it is this – wearing the hijab, practicing, praying, fasting."

Mariam is a school teacher. Her wooden box that she uses for her jumps during workout has a logo carved by her students.There's a silhouette of a hijabi woman, a delicate wreath above her and a barbell below.

"I love that my students see me like this. I am actually girly although I lift pretty heavy. I love my makeup, clothes and shoes! 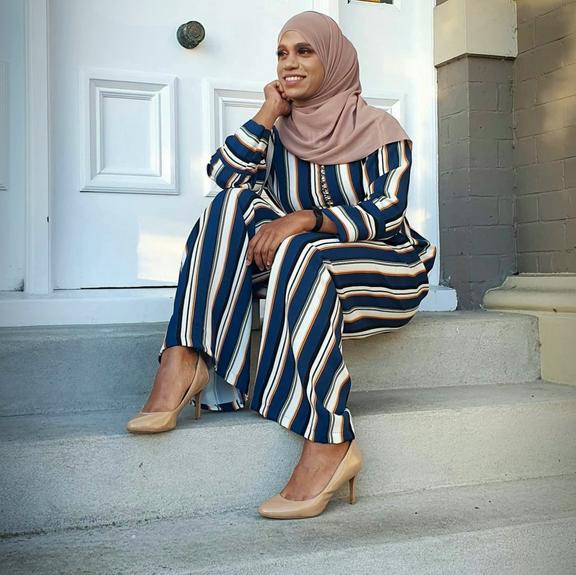 "What I want to model for all girls is you don’t have to compromise your identity to follow what you want in life."

On the other end of town in Mangere, Ola Shahin, who's Palestinian, has just arrived at Walter Massey Park to coach her 4 to 8 year olds who are aspiring footballers. Aside from coaching, she also plays with Manukau United women's team. 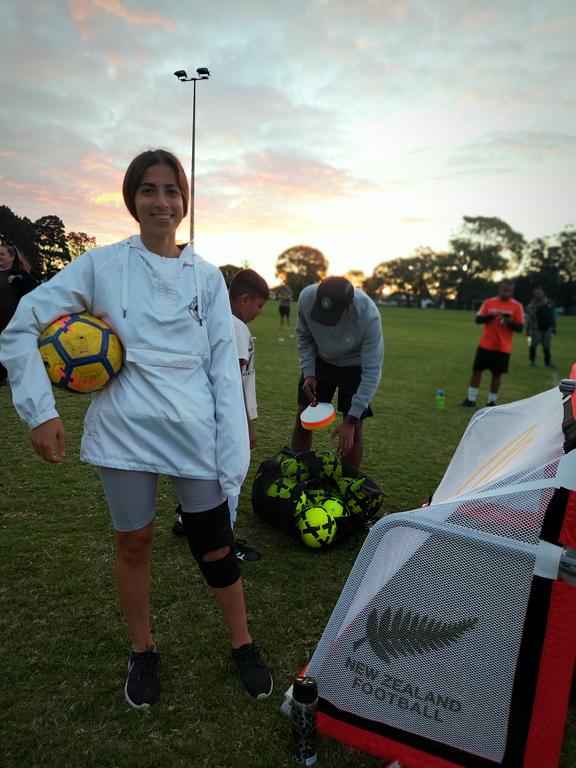 I ask her about playing matches and training during fasting. "Trainings were at 6.30pm so it was after breaking your fast ... but the biggest thing was making sure you don't overeat!

"From an outsider's point of view, I can see why it seems difficult - but it's a mind-game, changing your perspective. Your body also changes. You don't end up needing as much food as you think."

It was at the second match during Ramadan two weeks ago that Ola injured her knee and for now is sticking to coaching.

There's plenty to keep her busy though. Ola is also helping organise New Zealand Eid day at Eden Park as operations manager. "It's super cool that I've been to Eden Park multiple times to watch football and now I'm helping organise Eid there."

One of the things she says she loves about playing with Manukau United is a sense of community and a diverse team. "There are other Muslims around you and the feeling you don't have to explain everything."