They used to call Bhutan the “Happiest Country in the World,” says Shreejana, a 23-year-old living in Christchurch.  There was plenty of land, cattle, and crops growing everywhere. Her family were farmers before she was born.

“But there is a dark history there,” she says. 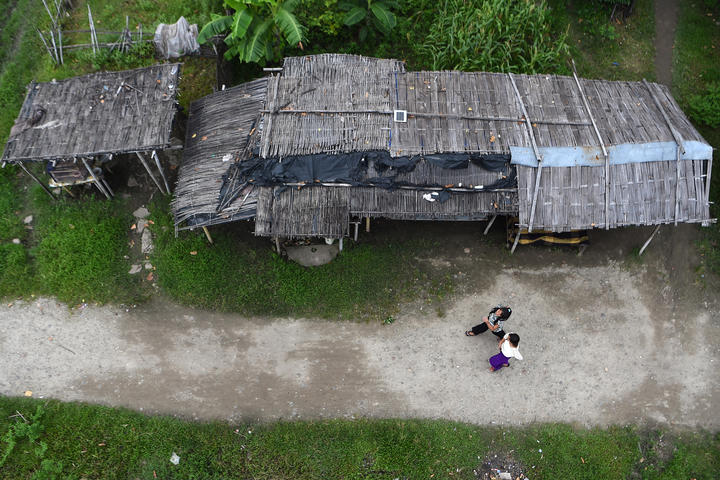 In the early 1990’s, the Lotsampa people in Bhutan were killed and tortured by militia groups supporting the Bhutanese King.

Shreejana’s parents told her that one morning, armed men came into their village, kicking civilians out of their houses, looting, and forcefully taking them into custody if they refused to leave everything behind. This would later be called “ethnic cleansing” by the UN.

The family fled across the border to Nepal and eventually became stateless refugees. It was in this camp that Shreejana was born.

One of her first memories is playing by a stream on the edge of the camp.  When her aunt caught her playing there, she took her immediately home to tell her mum, who then got very angry. Shreejana’s mum yelled at her about how dangerous it was, insisting she was never to play there again.

“The very next day,” Shreejana recalls, “a girl my age was found dead near the spot that my aunty had caught me.  The girl’s clothes were torn, she was half undressed, and her body was laying by the stream. “

As the years passed, this kind of thing happened again and again.  Neighbours would go missing, family friends found dead, and a man she knew well was found with all his limbs removed.

But there were also many happy and joyful moments as a child growing up in the huge refugee camp.

By 2007, the UN started relocating the Lothsampa people to other countries. Shreejana was really scared during the interviews her family had with the UNHCR in Nepal.

At one of them, she remembers “a man with dark black skin and shining straight teeth.  He was so friendly to me and my sister, making funny faces at us, smiling warmly to make us feel less nervous.  He gave me this warm and safe feeling in my tummy.”

Months later, Shreejana, then aged 11, finally arrived by a bus from the Auckland Airport at Mangere Refugee Centre. Everyone was terribly frightened, she said.

“Everything was new to me. I leaned my head against the bus window and watched this weird world pass me by.  It was like a different planet.”

In Nepal, people had been tortured and raped in windowless rooms that became “rape camps.” When the bus drove down a long driveway to the Refugee Centre, they saw windowless freight containers – were these to become where they would be kept as sex slaves, Shreejana thought?  Some of the women and children on the bus started crying.

But as she walked anxiously off the bus, she saw a familiar face waiting for her. It was the friendly guy from their interviews in Nepal.

For the first time in her life, Shreejana felt safe.

Shreejana’s Story for Voices is a shortened version of Shreejana’s Story, as part of the Getting Here series.  You can hear Shreejana’s full podcast and other New Zealand refugees’ migration stories by searching for “Getting Here” on Apple Podcasts, Spotify, or by downloading from http://plainsfm.org.nz/Prog/gettinghere.