Luise Kreisel and Jule Riggers made New Zealand home in 2020, but they could be some of the last international au pairs to do so for some time. 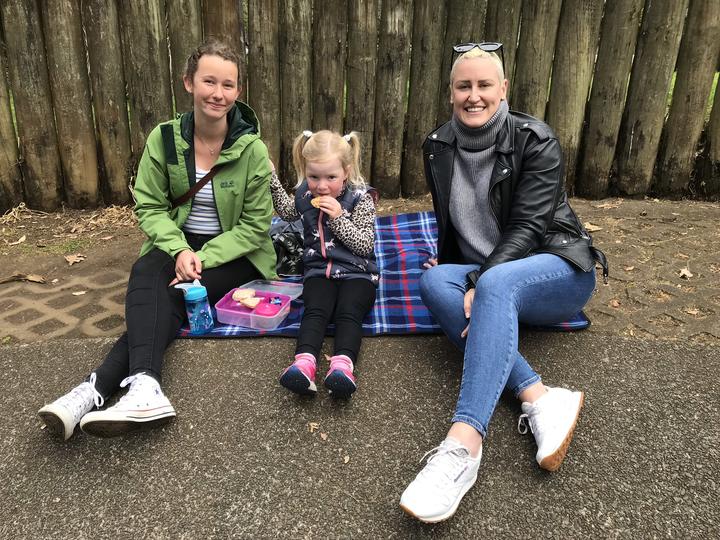 Twenty-five year old Jule Riggers has been with her host family for just over a year.

“Highlights are definitely the beaches and the ocean,” Jule said of her time here in New Zealand, “I love the water. I got my diving certificate here. Everything’s so close together, like you have snow and beach just an hour away basically. That’s great.”

But she said it was difficult being here when the pandemic first hit.

“The first time we went into lockdown, I didn’t know it was that serious and then it all came down and I was like ‘Oh no, I need to go home. I’m so far away.’ But you can’t go home. So that was kind of weird.” she said.

Jule’s received a short extension on her visa. But she wants to be home in Germany for Christmas.

“As much as I like it here and I really, really like my family, we got really attached to each other and they’re like my second family now. But I miss my family too. It’s just time.” 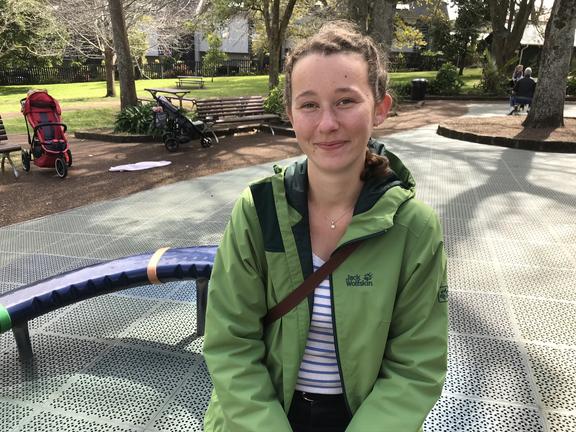 Jule Riggers has loved her time in New Zealand, but is keen to get home to her family in Germany. Photo: RNZ/ Liz Garton

Luise Kreisel was in New Zealand looking after a four-year-old and a two-year-old as the Covid19 pandemic took over the world.

“I was spending much more time with my host family than I did before,” she said. “I can’t catch up with friends. I just can't travel as much anymore.”

And being stuck at home with the two children during lockdown came with its own challenges.

“Because my boy, he's going to school, so he has to do school work at home. And my little girl, she's not doing school. So she's playing around. It's a little bit tricky to entertain them both at the same time.” 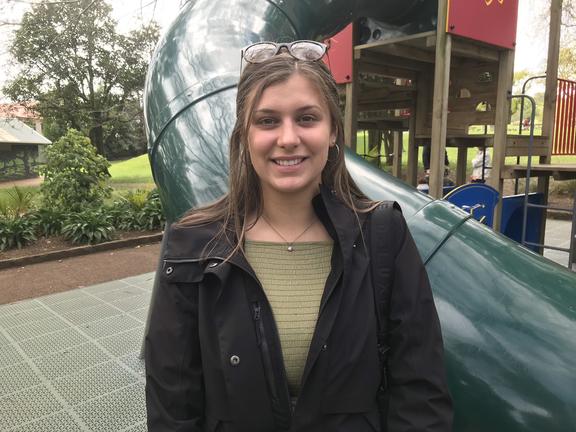 Luise Kreisel has extended her visa for a year to stay and help her host family with their childcare. Photo: RNZ/ Liz Garton

Luise did a camper trip with friends between the two lockdowns, something her friends back home in Germany could only dream of.

“Jealousy is a hard word, but I think they are a little bit more jealous of me than I am of them. They were all stuck at home and had summer.”

But she says all her friends are travelling now and relaxed about the virus.

“I think they're actually doing quite well,” she said, “I have a lot of friends in Spain and Italy at the moment. And they still all work and go to school.They have to wear masks and everything, but not as much as here.”

Luise was due to leave early this year, but she’s extended her visa through until April 2021.

Morgan Holyoake, CEO of Au Pair Link the company that matched Luise and Jule up with their Kiwi families, says being able to extend the visas of some au pairs is a silver lining in an otherwise disastrous time for the industry.

“We've had probably like four au pairs do it in the nine years I’ve worked for the company,” said Morgan.

But it’s not easy.

“We've had sort of a handful of families and au pairs be successful so far. But it's a lot of paperwork.”

Luise applied in March and found out she had been successful in August.

“So for five months her host family and myself were unsure whether she was going to be able to extend (her visa) and stay in and work here and support the family,” said Morgan.

“That's kind of where we're at now, waiting for any announcement, any suggestion of when the border might open again.”

Morgan describes the initial months after the borders closed as “carnage”.

“We had au pairs stuck in Rarotonga and Australia when the pandemic hit, but they were living in New Zealand,” she said.

It was all hands on deck to get them back and now it is a case of figuring out when or if new au pairs can come back in.

One work around Morgan is looking at is whether au pairs could be considered essential workers.

Pre-Covid19, Au Pair Link would place around three to four hundred au pairs every year and Morgan estimates about 30% of them would be essential workers.

She knows a couple of families who are trying to argue that without their live-in childcare, they can't fulfill their roles.

“We have dairy farmers. We have doctors, we have police officers, shift workers,” she said,

“But it's not been approved yet.”

Morgan constantly hears the argument that kiwis could do the job.

“Any New Zealander that wants a job right now could give me a call and I'd have them a job in any town and Auckland, but they don't want to live-in.”

For now, Morgan just has to wait for any sort of sign that the borders will open or that au pairs will gain special status to be able to return to New Zealand.

These are circumstances that no one's ever been in before,” she said, “But I think everyone knows (the border) can't stay closed forever. So what's the best case scenario? What's the worst case scenario? Is it two months, three months, eight months, 10 months, is there something we can work towards?”

She has already had to make a number of staff redundant and without a timeframe she’s doesn’t know if she can keep the business afloat.

"Can we claw through, can I hold on to what I've got and get through to March or April next year, awesome if I can, but if it’s not gonna happen for a year, then I need to pull the plug.”