For the love of language

Helping teach children this ancient language with roots in Mesopotamia are a group of passionately protective custodians - both young and old, in Wellington.

After a long hiatus of Covid-19 lockdowns, Assyrian language classes are finally up and running again this month. 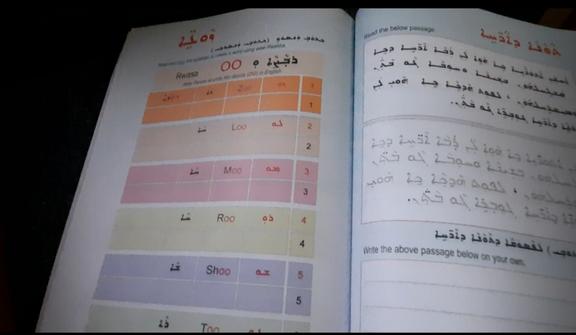 "It's a great conversation-starter" says 24-year-old Humasa David about Assyrian language and communities, which many confuse with Syrian. Humasa teaches children Assyrian in the same school and church that she was raised as part of, in Wellington.

Assyrians historically lived across regions of Iraq, Iran, Syria and parts of Turkey as a minority Christian community. Here in New Zealand the community are about 5000 strong and tightly knit - most of whom arrived as refugees from the 1980s onwards escaping persecution in Iraq.

For Wellington which is home to about 1500 Assyrians, there's a surprising number of Assyrian language enthusiasts and cultural custodians - both young and old.

"We were never allowed to speak English as home, only Assyrian" says Humasa about growing up in New Zealand - it seems a recurring comment from many younger Assyrians living here.

Father Toma left Iraq in 2007 and lived in Syria for years before arriving in New Zealand 2015. Today he leads the Assyrian Church of the East in Wellington and teaches older students the language on Friday evenings, while Humasa teaches the younger ones. 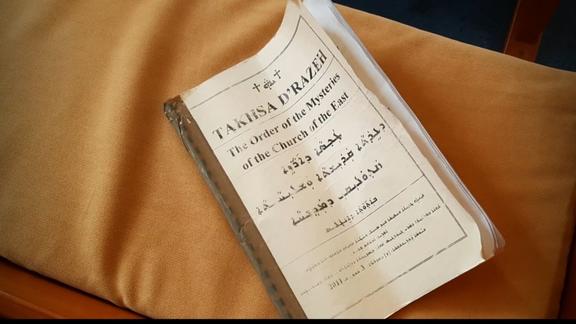 In another Wellington suburb, Strathmore,  breakfast after Sunday mass is being served in the back. This church is led by 74-year-old Father Aprem Pithyou - originally from the ancient city of Nineveh in northern Iraq.

The soft-spoken priest arrived in New Zealand in 1989 after serving in the army during the Iraq-Iran war. "Iraq was a rich country with several international companies in the past - many Assyrians used to be employed in these foreign companies before leaving, so we knew English, Arabic, Kurdish and Assyrian."

After becoming a priest in New Zealand, his church in Wellington began teaching Assyrian to the children in the  for over two decades now.  Father Aprem’s work with his community was recognized with a Queen Service Medal in 2013. 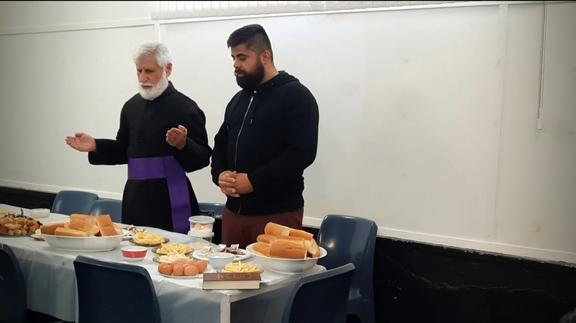 "Our liturgy is an ancient liturgy in Aramaic language, but because people can't understand Aramaic we do our masses in Assyrian. I don't think we will lose this culture and language over the years - perhaps a little like most languages, but not fully. "

Sargon Warde runs a weekly Assyrian radio show on Access Radio, works with the Red Cross as a social worker and is a bit of a polyglot - he speaks about 4 languages.  Sargon came to NZ in 2000 under the refugee family reunification scheme. For him, preserving and practicing Assyrian is a mission.

"If you listen to my radio show, you'll see I don't use any foreign words in my presentation. I want to give the new generation proof that our language is capable, just like anything other language, that you can speak fully in it. "

It's much harder keeping the language in western countries than in Iraq" he says referring to the years during which Assyrians faced cultural persecution in Iraq and as a result firmly held on to their language and customs.

Today the situation has changed in Iraq with a few Assyrian schools being opened where the Semitic language is the medium of instruction and not simply a subject.

"Here in New Zealand, it's easier to lose the language in this relaxed environment.

Teaching kids is not a favour we're doing for them, it's our responsibility" says Sargon.