"For Mum there was no other option. She would have died in pain or lonely. This was the perfect ending, I can't say it any other way."

About a year ago, Dutch immigrant to New Zealand, Marleen Bastiaansen, helped her 99-year-old mother end her life in her rest home in Netherlands where euthanasia is an option for those with terminal illnesses.

Along with her three siblings, Marleen said goodbye to Jule Lucas Heinink as she closed her eyes to the sounds of her favourite Chopin piece, Nocturne. 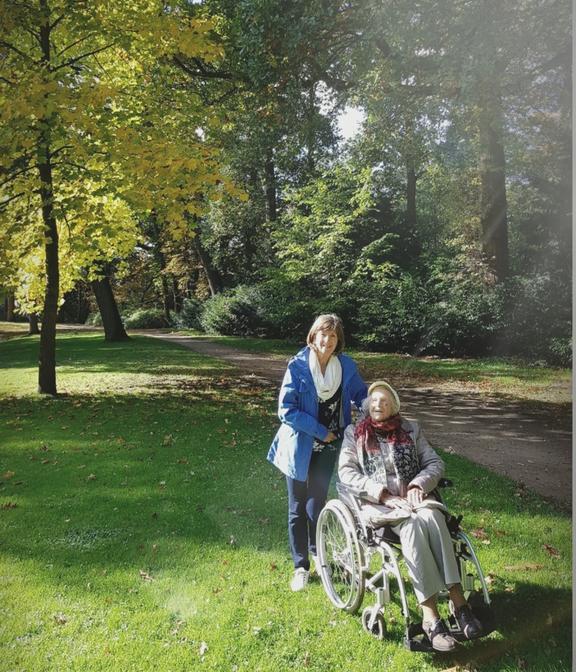 Marleen lives just north of Auckland, in Pūhoi, and has been in New Zealand since the '80s. Assisted dying is something she wishes all people had the option of.

"I want to share my story because when people see how if it's done right, with utmost care and respect for life, it's only a blessing.

"The process was so thorough, and with dignity and respect to life. For me of course, it was a very double feeling, it's hard to say goodbye to your mum, but that was what she wanted."

Marleen was with her mother from the day she decided to discuss her wish with her doctor, to her final day. She says two years before it happened, her mother had already started bringing up the subject. She spoke of it more often as her cancer began to get worse, as the physical discomfort and pain increased and as her condition deteriorated.

"In Holland, [euthanasia] is openly discussed, it's not talked about it in a bad way; it's out in the media, everywhere. Everything is discussed openly, and in a clear and calm way with rationale."

Raised Catholic, "that was quite an unusual stance she took" Marleen said, but not altogether surprising for a woman who had always been a forward-thinker and independent thinker.

"I said, Mum, what do you think about your religion? She said the god she believed in wouldn't think it was a sin. She believed there was a god but also felt there were a lot of man-made regulations. She felt that that was not standing in the way."

The day the decision was made and the formal verbal request was conveyed by Jule directly to the doctor, her children were present as witnesses. An elaborate round of protocol-based questions followed, with a lot of stress being placed on Jule's mental clarity, lack of depression and acceptance of all family members.

"When he said 'yes, I will help you end your life', her eyes lit up ... like such relief!" Marleen said.

Speaking of the upcoming referendum on the End of Life Choice Act in New Zealand, she said: "I hope it gets accepted here as a possibility for people who feel they are ready."

Jule wanted to have a family party on the final day. A walk in her favourite park with all her children and their spouses. A round of narrating some of her favourite memories, followed by a big feast and a couple of glasses of wine (with plenty of jokes about not having to suffer a hangover the following morning).

Jule had three requests for her favourite music in the moments leading up to receiving her final medications on the evening of 22 October 2019. As a pianist once herself, she chose Chopin's Nocturne, Andrea Bocelli and Panis Angelicus, her favourite hymn when she used to sing in a choir.

"She sang the whole song in Latin as she waited there, and I could see was already ready to go up."

At this year’s election, New Zealanders get to vote in a binding referendum on whether or not the End of Life Choice Act should come into force, allowing terminally ill people to end their own life.

There’s a dedicated page here with stories from all points of view if you want help deciding.