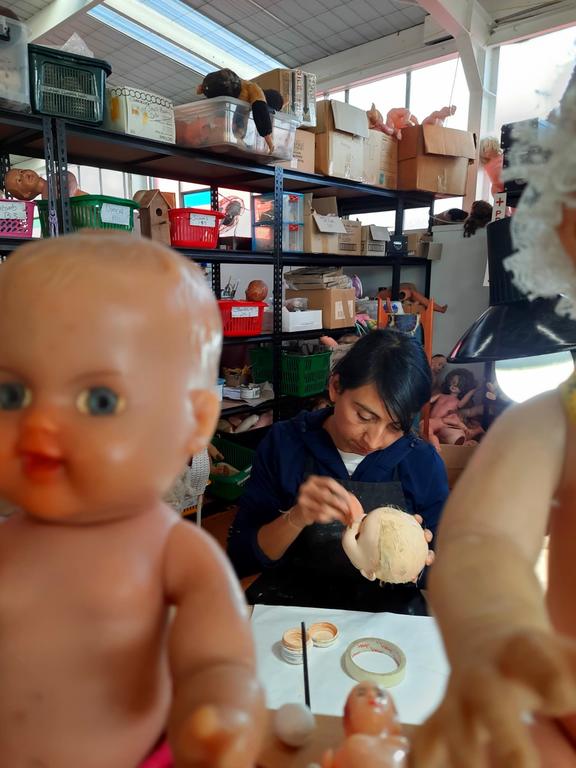 In 1944, Karangahape Road in Auckland became home to a unique hospital that opened after the war – a doll’s hospital. It was set up by a local couple, the Lawsons, who did most of the restorations.

Many years later after the original owners took ill, the business passed through a few hands, almost closed, and eventually somehow merged with Wrightway Studios about two and a half decades ago.

"I never knew myself how important Auckland Doll's Hospital was to people in Auckland" Ross says. "The other day we had a 70-year-old come in with his teddy bear..he wanted it fixed because he took it on the train when he want back to boarding school after the holidays."

From China, to Poland, Korea and Chile, the team here is a real mix of nationalities who restore some of Auckland’s oldest antiques, toys and dolls, and they’ve been working right through the lockdown Level 3.

Sentimental and fragile things that come through door here to be salvaged, demand fidgety and detailed hand-work – a skill that’s actually hard to find these days in an increasingly throwaway culture - pretty different from the era a lot of these toys were made in. It hasn't always been easy finding talent within Auckland with this kind or restorative skill.

"That's why we have a United Nations approach here, where different people from all over the world come in..they all bring their own flavour" says Ross about the really mixed work team. 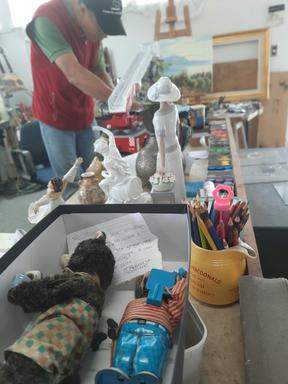 Carolina Arriaza, from Chile, manages most of the doll repairs here. She studied how to make dental implants, which turned out to be quite a useful thing to know now she's working with ceramics, or glass eyes or the faded rubber of vintage dolls. Being brought up in an art and craft-loving family in Chile helped too, with a grandmother and mother who Carolina watched painting, sewing and knitting right through childhood.

Restoring isn't about making an object appear new again, but returning it to its state of authentic and worn look. "Colour matching is quite technical" she says, "it's like aging". Her work station is choc-a-bloc with dolls and teddy bears spanning every vintage. From bisque, to post-war era dolls, to retro 70s dolls. Some even have notes attached from the families seeking to restore them, about how precious they are.

"Yes (it) does make me nervous sometimes," said Carolina, referring to the great amount of sentimental or historic value attached to the dolls she's assigned to repair.

In another corner of this sunlit studio are several precious old paintings. Family portraits dating back decades and invaluable art works are all lined up and waiting to be restored by a man in high demand around here - Eason Chen. 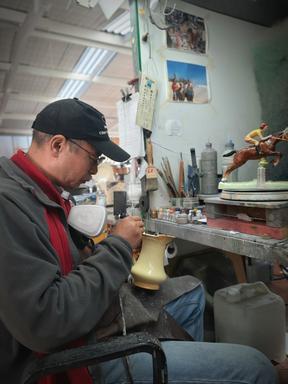 Eason immigrated to Auckland after serving in the army in China as an engineer, building bridges. He'd always loved art, painted and had the technical know-how of fixing things, making glues and of course an engineers's eye for detail. Within ten days of arriving in Auckland in the mid 90s, he knocked on the studio door and landed a job.

While he till struggles a bit with English, his expression flows freely when it comes to playing the harmonica, or restoring art works. No doubt, it’s a shared language around here.

"We're all from different places, but it's fun, trying to catch someone's accent" says Carolina, "it adds to the taste".