Black Lives Matter - activism, mentorship and rallying together against racism

On 14 June 2020, Queen Street resounded with the sound of over 2000 people who came together calling for an end to racism. This second Black Lives Matter rally in Auckland saw a sea of people gathered at Aotea Square in the afternoon in solidarity with victims of police brutality in the US, and in solidarity with black, indigenous, Māori, Pasifika and people of colour living in New Zealand. Behind the gathering was a group of young Auckland based activists - Favour Ukah, Nele Kalolo and Lourdes Vano who call their group FTP - For the People. 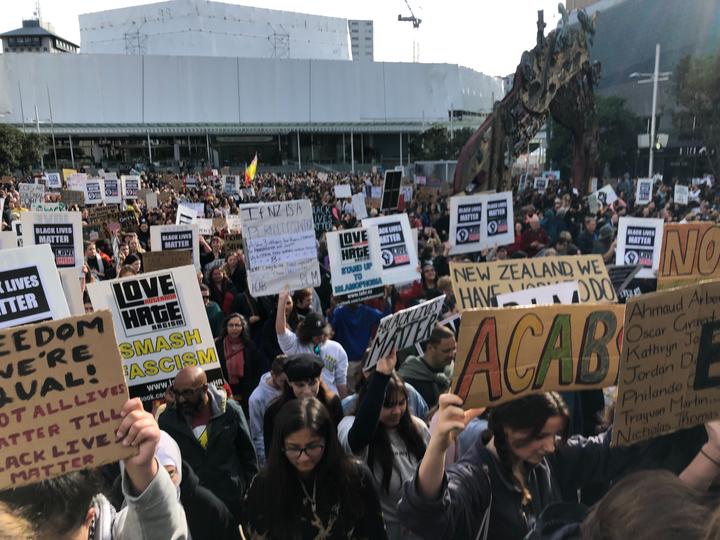 Drawing from their experiences of racism combined with the guidance of mentors - activists and academics both, they managed to pull off what was their biggest rally ever, mostly over Zoom calls and Facebook messenger. Amongst the people they sought support and guidance from were the likes of Will Ilolahia of the Black Panthers, Makanaka Tuwe and Dr Camille Nakhid, Associate Professor at AUT's School of Social Sciences.

"You couldn't say no to them if you saw how they worked together and played to each other's strengths. I saw the diversity in their opinions and not just tokenism, but in equity" says Camille.

The girls were invited to speak to Camille's class at AUT last week. The course is in Civic Engagement, and they spoke to a full lecture room about their personal experiences with racism in New Zealand, and their involvement with youth activism. "They know the mahi" says Camille. "Having them in that class, and my class is predominantly women - they need to see women reflected back at them, they see that the sisterhood is strong" she .says.

"One of things about activism is that you will have cognitive dissonance where your values will conflict. It helps having mentors who you know have paved the way for you to get into such spaces" says Nele.

One of the more common questions the girls have been asked both before and after the rally was why police brutality and George Floyd’s death in the United States, has any bearing on New Zealand society. Speaking of racism in New Zealand, Favour says "a lot of people are trying to deny it doesn't exist here. I think if the foundations are the same, the soil is the same, the fruit will be the same. It may look different but it tastes similar. We have to talk about here" Favour Ukah says. "One of our main goals is to localise these problems and shed light on the fact that Māori and Pasifika are highly racially profiled," Lourdes adds. 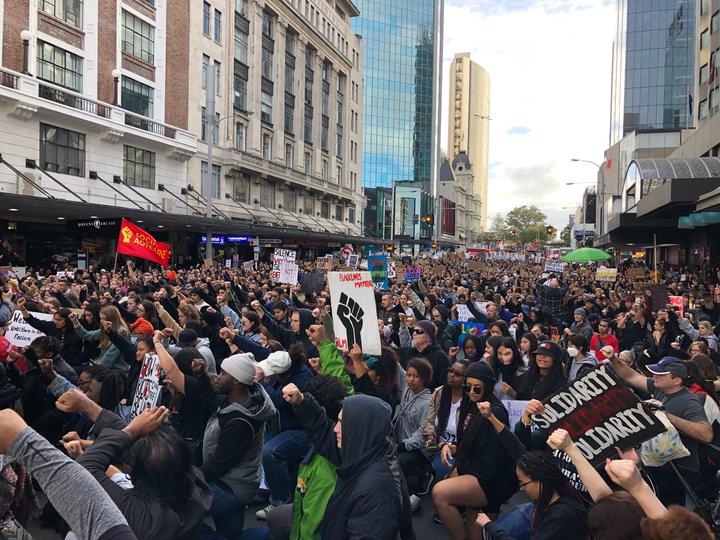 Speaking of what next after the BLM rally, Camille says "the challenge is to stay energised. It's an exhausting task. People that want the status quo to continue will just wait for us to get tired. Changes need to happen during the momentum - we can't keep going from protest to protest."

Camille is Trinidadian, lived in the States and has been residing in New Zealand for over two decades. Speaking of the relevance here of the BLM movement born in the US, Camille cites examples of inequalities and disparities in the housing, justice, health and education system here that she feels need to be addressed. "While the physical deaths may not be happening but everytime you marginalise us, refuse to acknowledge stolen lands from Māori, that is the death of our spirit and of humanity nevertheless."

"Racism is the knee of the necks of Māori, Pacific and ethnic, communities of colour," Camille said during her speech at the rally. 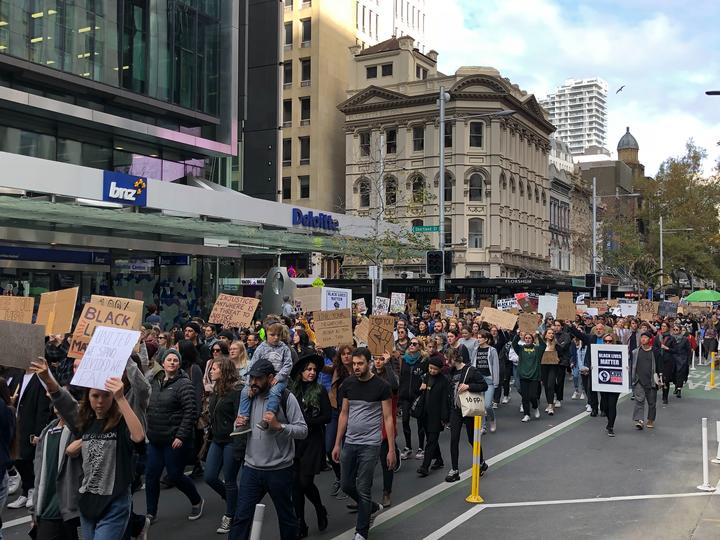 "Getting up on that on that stage the first thing that comes to mind... I look out at all the people there and I thought 'Are you here for the long haul? Because for people of colour this is a living reality. How long are you going to stand side by side - are are you going to go back to sleep when this is all over and hit the snooze button?'"

"What stood out to me was how many young (Pākehā) people came up and said, we will stand by them. We need these allies who will offer unconditional support. Young people, they have it, if they can continue. You can't sit back as yet but I feel Aotearoa is in safe hands if we hand it over to them" Camille says.