A different stroke - a calligrapher's journey

Akiko Crowther is New Zealand’s only Grandmaster in Japanese calligraphy - it's a title bestowed in Japan and earned through years of dedication to this very meditative practice. 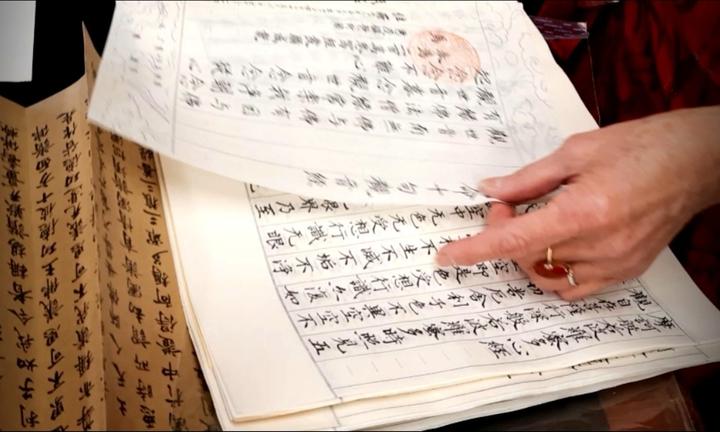 For the past 100 days and through the Covid-19 lockdown Akiko-san has been writing endless rows of sutras each morning as part of both her calligraphy and Buddhist practice.

Sutras are Buddhist religious texts. In Chinese, Japanese and Korean traditions, copying and reciting them through memory is considered an act of deep discipline and devotion. Akiko-san has been praying through this daily ritual, for an end to Coronavirus pandemic.

Today, her otherwise rather Zen exterior today gives way to excitement. Akiko has just been selected for the Ambassador’s Commendation Awards for her contribution to promoting Japanese culture in New Zealand.

How did a journey that began in 1956 bring Akiko San from Japan to Nelson? 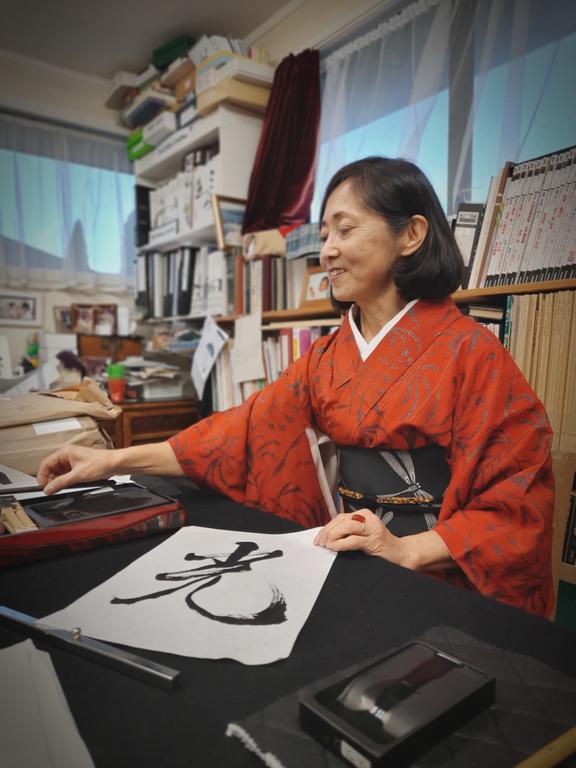 She began learning calligraphy at the age of five in Tottori, a small south-western town of Japan where her father was a country vet. As she grew up, Akiko only pursued it as a hobby and wasn't particularly excited by the idea of a profession in calligraphy. She was after all, surrounded by master calligraphers in her family.

It was only after meeting Tim Crowther, an artist himself, that she embarked on a journey to start teaching calligraphy – something that she’d put on the backburner for many years. The pair discovered a bond founded on a love for art – a bond that took them from being married in Santorini, to living in Vienna and then Prague where they set up their first calligraphy school and gallery in the early 1990s.

Yorshire-born Tim, had long held a dream of living in New Zealand and managed to convince Akiko to move – she agreed only on the condition that if she didn’t like it, she’d be on the first flight back to Japan.

And so, in the middle of a sub-zero Eastern European winter they decided to up and leave and landed in New Zealand on a warm summers day  - that was 15 years ago. They’ve lived in Nelson ever since and together they run the Yuyu Gallery in Nelson and have held numerous shows and workshops across the country over the years. 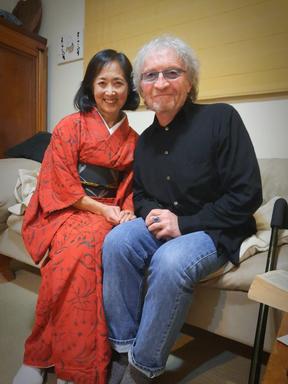 This year marks 22 years of their marriage. Tim, an artist himself, suffered a stroke in 2010 but remains Akiko’s pillar of strength as ever. "If it wasn't for Tim I would never come back to calligraphy, it was all Tim’s efforts”, says Akiko.

Akiko’s classes see students of all ages coming through and over the years some have travelled to Japan with their works. "Even people in Japan are so surprised to see New Zealanders so interested and good at calligraphy..there is something similar between the two countries, from an art point of view I feel…” she says very proudly and she tops up Tim’s genmai-cha.

Akiko is a stickler for decorum and discipline, cutting no corners in her students’ journeys. Her students send their work to Japan each month to be graded and much like Japanese martial arts this too involves dans as grades and the journey to climbing these grades involves attention to detail and hours of practice.

“It was difficult for me in the beginning as my English isn't good - but I teach through my technique. They watch my brush stroke..so my teaching can also be without words..just technique..just watch” says Akiko-san.