Rose isn’t exactly your typical truck-driver - she’s small and petite but packs a punch wrangling her Class 4 freight truck. Not quite what she expected to end up doing when she left the refugee camp she lived in for 20 years in Nepal. 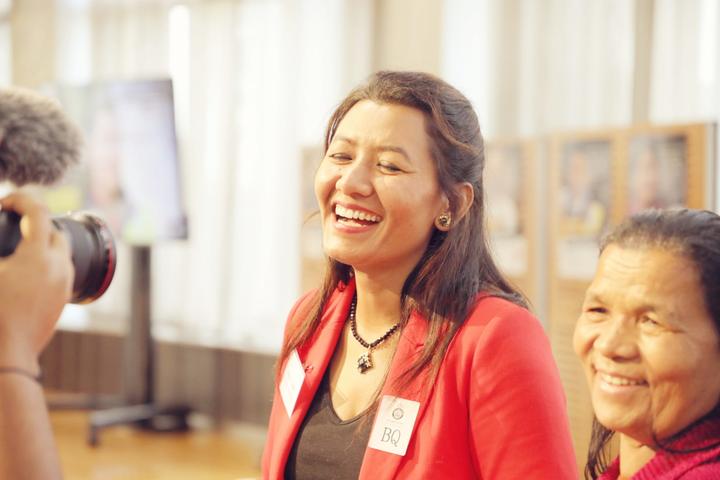 Rose, whose first name is Bishnu Pradhan, is from the minority Nepali-speaking community of Bhutan. The ethnically Nepali people are called Lhotsampas, or 'southerners'. For a woman of this community, Rose seems to exemplify what it means to break all moulds despite arriving in New Zealand from refugee camps in Southern-eastern Nepal.

In the early 1990s several thousand people from her community fled to Nepal, facing persecution and oppression in the Himalayan kingdom of Bhutan. Many were rendered landless or deemed illegal immigrants in Bhutan despite generations of their family having been born raised in Bhutan. 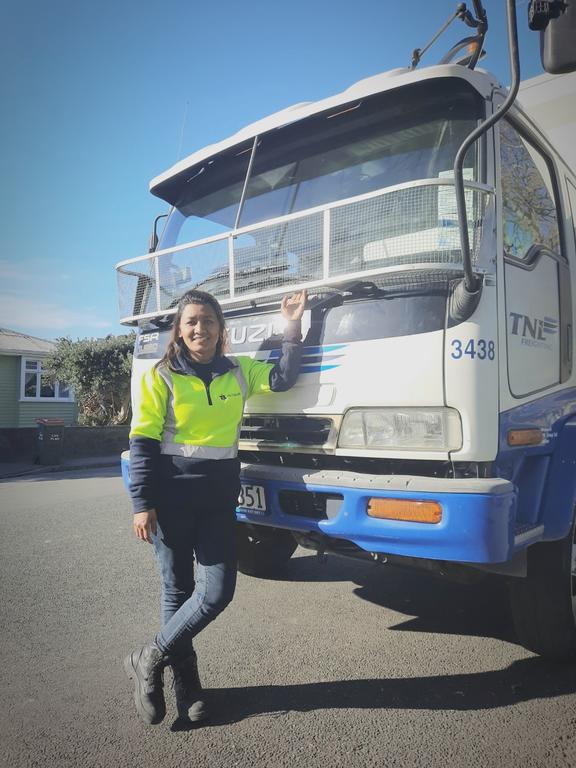 New Zealand began taking in refugees from this Nepali Bhutanese community from 2008 onwards.

"We lived in the camps for about 20 years. Between that time I had an arranged marriage, I was 16. My son was born when I was 17."

Today, while most refugees from the 7 former camps in Nepal have been settled in third countries, a few thousand continue to live in camps in south-eastern Nepal. Rose’s family were lucky to find a way out. The family and Rose with her husband and their two young children arrived in the Mangere Refugee Resettlement Centre in 2010.

Shortly after, Rose divorced her husband to whom she was married to as a teenager.

Rose decided she had no time to waste. She enrolled in adult school and had to learn English from scratch - one of her biggest challenges.

"I was married at 16 and it was so hard..at a young age you had to do everything. It was my study time, not my marriage time. I never got a chance to do anything...when I think of my life 15 years ago, I feel sad. I don't want to think of those times. I want my children to do what I couldn't do. I told my friends in Nepal now, I live in heaven" she says.

Today, Rose is surrounded by family in Nelson. Her mum’s house sits on a hill overlooking the town, and sees a steady stream of siblings, nephews and nieces coming and going. And there’s always tea boiling away on the stove.

Each day begins at 6 a.m for Rose as she hits the road either in her Class 4 truck or Class 2, which she considers "too small. Although Rose had done other jobs with companies in Nelson, it was driving a Class 4 truck that she had set her mind on. She finally managed to get the job a year ago with support from Red Cross in Nelson.

"I always wanted to do something different. In Nepal we could never have truck-drivers who are women. I love jumping in the truck, changing gears, the sound of the engine on open road...only those that drive a manual know how that feels."

This World Refugee Day Rose was invited to speak at an event at parliament to share her life story. Of course, with her big family in tow.

"If I didn't choose to drive a truck, all that is in my heart would have stayed there. Now I have a chance to share it with everyone." What she wishes for all young Nepali girls is that they prioritize education. "Set your life first and then think about marriage. Rose acknowledges the cultural customs that see young girls marrying early even out of choice. "But without education, it's hard" she says.