Switching up the game - celebrating inclusion through football

"It’s the world's game. It's called the beautiful game because it can bring countries and bring people together."

Hone Fowler is a man on a mission -  to make football accessible to all and create elite pathways in the sport that encourage and tap into Aotearoa's diverse sporting talent.

A footballer himself, Hone’s the founder and chairperson of Manukau United Football Club. They like to be known as one of Aotearoa's most ethnically diverse sports clubs and are solidly founded on the ideas of equity and social cohesion through sport. 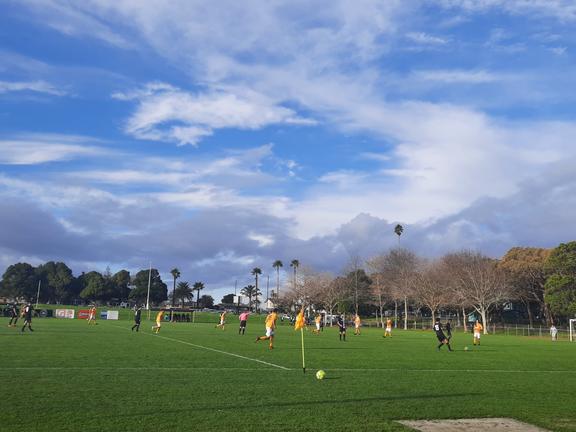 Hone early in his sporting career had his share of disappointment, disillusioned with the glass ceilings present in professional sport. He speaks of barriers to entry into the world of professional sport that are based on demographics, socio-economics and ethnicity. Hone's no alien to this and it's these barriers that spurred him on to actively seek and implement solutions. Manukau United is one of them.

"It comes in response to frustration but also injustice. There is sense of inequity that exists in our society as New Zealand. I first became aware of it when I heard how my grandparents were beaten in school for speaking their language (Te Reo Māori).

"I'm the first footballer in my family. We didn't have the political or social capital, and it's the same with people who are new to Aotearoa, they don't have social capital to propel them into a sports career. I thought that was unfair. Coming from South Auckland which is a diverse neighbourhood, these communities are missing out on feeling a sense of belonging in the game, but also the game is missing out. There's a lot of talent. You shouldn't have to feel excluded for the colour of your skin or the language you speak. 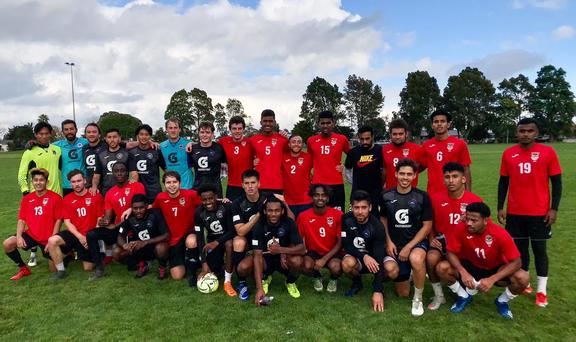 "Racism in football exists, it's a real concern. We're trying to shine a light on that, bring that into the agenda, because we can do things in a better way where more people feel included and have a sense of ownership of the game."

A sense of social justice has long run in Hone's family. Roger Fowler, his father, is a well-known and prolific activist.

"My parents were involved in anti-apartheid movement in the 80s, the anti-war protests and Māori land rights at Bastion Point..that was where my parents were married. It’s part of who we are as a family and is part of my development as an individual. Growing up, it was normal, going to marches and protests, being involved in causes and campaigns to right wrongs. I blend that with my other passions, football and sport."

The idea of a club was born ten years ago, when Hone returned from a humanitarian trip to Gaza when the convoy was living en route with a refugee Palestinian community in Syria. Football not only knit together the international convoy he was part of, but with their Palestinian hosts with whom they played match after match, every night of their time there.

"We made lifelong friends. To learn about some of the challenges these communities go through day-to-day as refugees - that was only possible through football."

On World Refugee Day, 20 June, Hone and his team played a match at Mangere Centre Park, as part of the Northern League. Among the other supporters are people from Refugees as Survivors (RASNZ) who are based in the Mangere Resettlement Centre and are part of Immigration NZ's programme for recently arrived refugees.

Hone's team conducts football sessions at the centre once a week, as part of their efforts to encourage football across all communities in Mangere.  RASNZ have set up their Hungerball country on the grounds to raise awareness about refugee causes. It's a cause that Hone's team feels passionately about.

"As local people, it's a responsibility to show that manaaki and awhi to people who just arrived in New Zealand."

Although Manukau United didn't win this particular match, Hone's point comes across loud and clear - "the sum is larger than the parts and we are our community, we live it everyday" he says.