Qawwali, ghazals and the lockdown

Like most musicians and artists across the world, Wellington-based tabla player Chetan Ramlu had a string of gigs cancelled with the onset of lockdown level 4. Not before long he started looking at how he can keep himself musically engaged and productive - and so he got started with Lockdown Gharana.

“All we can really do is make the most out of this situation and I’m hoping this project will do that” says Chetan.

Lockdown Gharana had its genesis in the sheer need to make music through the lockdown. A collaboration between south Asian classical and traditional musicians and singers across the world, the project produces and releases a song almost each week on their Facebook page. Each song is recorded collaboratively online through mobile phones by artists across four to five different countries – from Pakistan to Canada to India.

A few weeks before lockdown, Chetan had his friend Sangeet Mishra, a noted Sarangi player, visiting from Mumbai. The Sarangi is a centuries-old bowed and fretless stringed instrument from north India, known for its melancholic sound.  It's also said that the Sarangi is one of the rare instruments capable of replicating the subtlest nuances that only human vocal chords are capable of. Sangeet is of the “Banaras Gharana” and the 8th generation of his family that plays the instrument professionally.

In north Indian classical music a factor that distinguishes musicians from one another is the “gharana” – the school, lineage or apprenticeship they come from, which are cities all across the country. Each gharana has a particular and unique nuance to the form of classical Hindustani music they teach.

Earlier in March this year, Sangeet and Chetan played at a sold-out show at the NZ Festival with the ensemble Shades of Shakti. They were then to tour the country with a series of smaller shows. As the coronavirus crisis compelled New Zealand to go into a four week lockdown, most of those gigs ended up cancelled and Sangeet was flown back to Mumbai on one of the last flights before borders closed. What was going to be a successful summer tour in NZ was sadly cut short abruptly for this touring musician and his Kiwi counterpart, Chetan. 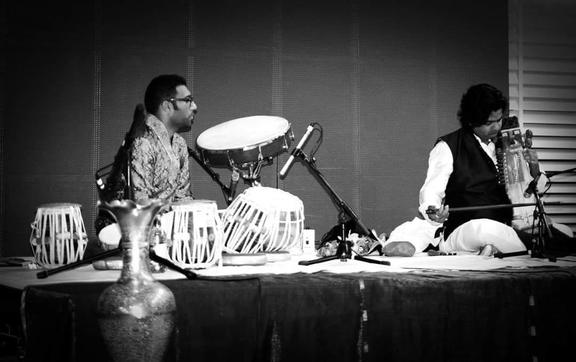 Chetan comes across as a keen musical-networker and doesn’t seem like the sort to resign to situations. Spurred by the restrictive situation and its effect on touring musicians Chetan thought the least they can do is continue to create and collaborate, even if it’s online. So he asked Sangeet back in Mumbai and another music contact, Ramona Sylvan in Canada, if they’d be interested in making music online. Ramona is of Indian origin from the Caribbean and plays classical tabla in Toronto. With this core team in place and time on his side, Chetan reached out to some of his favourites in the Sufi music – the brothers Zain Zohaib in Pakistan.

Sufi music is a spiritual style born out of Islamic mysticism and found across the Muslim world from as far as Sudan to India. Chetan had nurtured a rapport with Zain Ali, a tabla player himself, and his brother Zohaib, over the past year.  When he asked them to participate in Lockdown Gharana, the answer was a harmonic yes.

Zain Zohaib are known for their unique, sometimes slightly modern Sufi sound born out of their city, Lahore. The song the brothers collaborated on for Lockdown Gharana was a Qawwali, originally made famous by the late and great Nusrat Fateh Ali Khan. The brothers practically have Qawwali in their blood says Chetan. Their grandfather Ustad Hajji Rehmat Ali and their uncles were known to play and sing along with the legend Nusrat Fateh Ali Khan and were a major influence on the duo’s style. Qawwali is distinctly energetic, complex and sung by a large group, often to induce listeners and devotees into a state of spiritual euphoria. 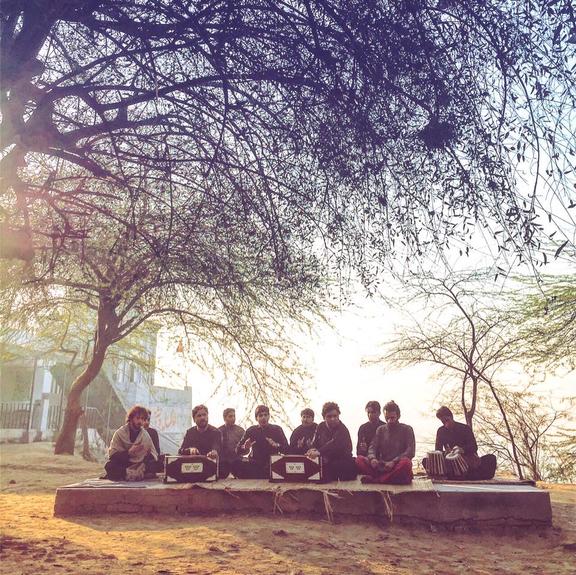 Zain says on the phone from Lahore “We cannot live without performing and the stage..this is a very difficult situation for all global musicians financially and mentally. Qawwali - it’s a message of peace, not just for Muslim, Christians or Hindus, but for the whole world. It’s good for musicians to collaborate like what we’ve done.”

Over the border in India Sangeet Mishra feels the same. “It’s a very difficult time for me. As a touring musician we normally travel, earn and live. We never know how long it’s going to be locked down in Mumbai. We can’t do anything else - we can only give our music, giving love to the world and our music.”

“We realize that this has much wider meaning, not just bringing the artists together but it is eliminating barriers.” Chetan says. “Seeing interpretations by different artists..they come from different backgrounds, based in different places of the world and they’re exposed to different styles..the creative process has been wonderful.”

Citing the example of the difficulties faced by musicians to travel between India and Pakistan, Chetan says “restrictions have made it tough for musicians to apply their craft and collaborate. Bring able to do this on this platform has been fantastic.”

Further afield Chetan also managed to rope in Harjeet Mehndi, a popular Punjabi folk singer based in the US. While his India-based brothers Daler Mehndi and Mika Singh are famous for their brand of Punjabi pop music, Harjeet’s contribution to Lockdown Gharana was a ghazal, verses of lyrical poetry based on themes of romantic love. 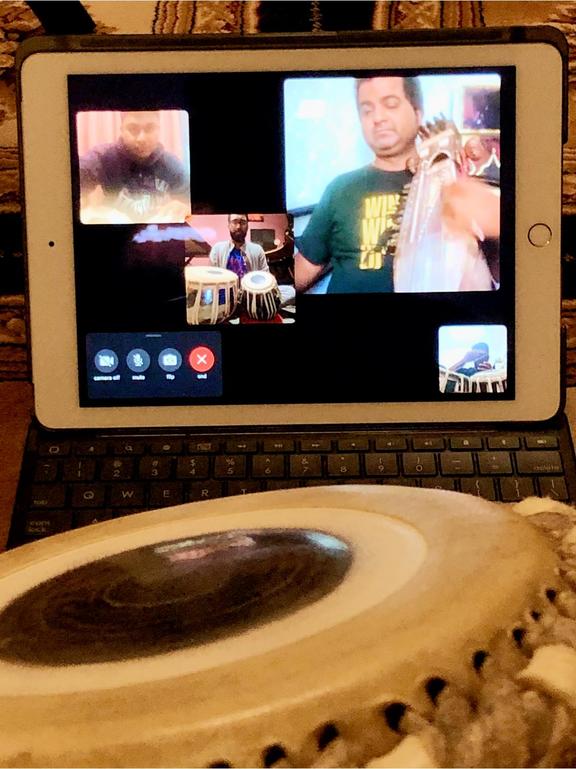 Constantly there through the entire producing and arranging of the songs and sound in Lockdown Gharana is Chetan’s old friend and fellow muso, Karnan Saba in Wellington. Karnan is a prolific producer, musician and composer. From theatre soundscape to his distinct sound in hip-hop influenced by jazz, he goes by his artist name K Saba otherwise.

Karnan is Sri Lankan and was raised in Pakistan for a few years before coming to NZ. Speaking about working on the ghazal and qawwali tracks in the project he says “ I'm Sri Lankan and he's [Chetan] from Fiji and neither of us have actually lived in India [but] It’s a sort of blast from the past really..I spent some years growing up in Pakistan and we spent time in people’s homes listening to this music, I didn’t know anything about it then. The musical ambience of this music is familiar to me because of that time” Karnan says.

The challenge of compromised sound quality on the recordings made things fairly tricky when it came to the final crunch – processing the audio from each musician's performance -  but accepting that as part of the lockdown landscape we all inhabit now, is actually what gives Lockdown Gharana its authenticity.

"We process the sound a little here but it’s not overly treated" Karnan says.

“You can’t hear the fidelity, the quality that comes from recording in a studio but it’s about capturing something fairly raw, like when you would skype with someone as opposed to setting up cameras and mics.” He says mobile phones in some way equalize musicians across calibres, different places and artists who’ve never met.

Lockdown Gharana seems to have a lot more to explore and offer by way of collaboration and surprise combinations of south Asian musicians from all across the world - but with the lockdown nearly reaching its end, what happens next?

Chetan says “hopefully when this project concludes more New Zealanders would have viewed the content and are big fans of their work [the artists].. and if we can arrange to get them to New Zealand hopefully a lot of people will be interested in seeing them perform live.”