Irish nun shares her two cents on becoming a centenarian 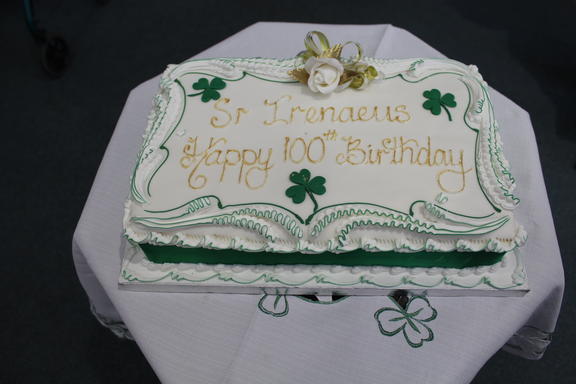 As she talks, she has a twinkle in her eye and a kind smile. She is very humble and doesn’t like fuss, especially if it’s over her. “I’ve always been quiet” she says in her very present Irish accent.

The youngest of nine, Sister Irenaeus was born Ellen Murphy, on 25 February, 1920, in the small village of Taghmon, southern Ireland.  When commenting on how she has kept her accent considering she’s lived in New Zealand for eighty years, she instantly replied “why wouldn’t I?” in a fantastic lilt followed by an infectious laugh.

Growing up on a small farm, convent life wasn’t even a consideration until her sister Finbarr left for New Zealand in 1938 to become a Mercy Sister. “I think it was a whisper from above that I decided to follow her. And I think the main thing then was I missed her so much… we were very close, just a year between us.”

18 months later in the thick of World War II, the young 19-year-old said farewell to Ireland and boarded a ship bound for Aotearoa. “It took nearly two months to come. I think because of the war they had to take extra precautions.”

One of the ‘extra precautions’ meant limited time above board, and no lights at night to avoid submarine sightings. This would not have helped with the sea sickness experienced by Ellen and the two young nuns who joined her.

She arrived in New Zealand on January 31 1940 and entered St Mary’s Convent in Ponsonby, Auckland.

Back then the main occupations on offer for nuns was being either a teacher or a nurse. Irenaeus was told she was to be a primary school teacher and with the luck of the Irish it suited her perfectly. “Little ones always gave you a laugh… someone had compared them to electrified fleas, children were always on the move and jumping.”

She taught in the Far North at Pawarenga and Kaitaia for over 23 years. A source said she is something of a legend up that way. She also taught in Ponsonby, Otahuhu, Avondale, Manurewa, Henderson and Northcote until her retirement in 2005. 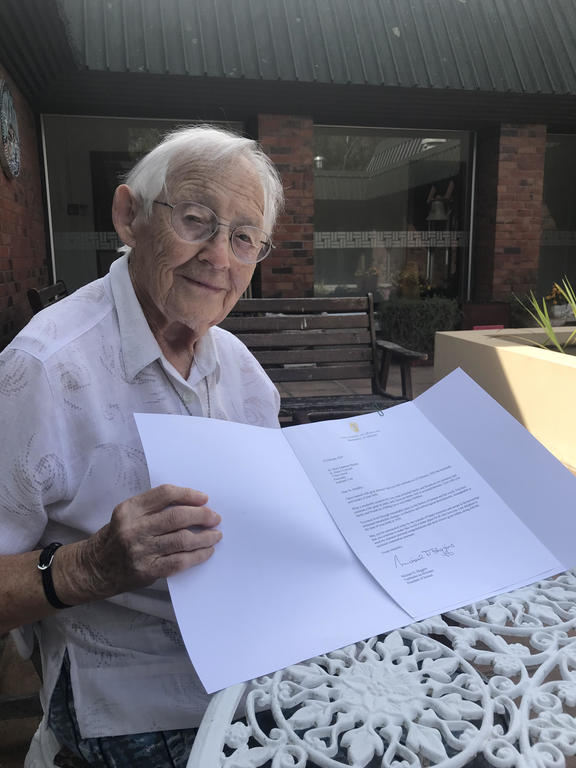 Over the past century, the Church and the convent have undergone many changes mainly due to the Second Vatican Council which Pope John XXIII created in 1962 in an effort to modernise the church.“There were certainly big changes in the convent. The biggest one was changing our dress after so many years. Everyone knew when we were in a habit, who we were… it was very strange.”

Other significant changes were that mass was no longer spoken in Latin and nuns who were posted away from their homeland were able to return every five years.

It had been over three decades since Irenaeus and her sister had returned to Ireland. “The first year we went back was most exciting. We didn’t even know the family at the airport, and they didn’t know us, because there were about 14 of us [nuns] getting off together,” she laughs.

Some of those 14 nuns stayed in Ireland but Irenaeus and her sister returned, now calling New Zealand home.

According to the Vatican directory there are only 182 Catholic Sisters across Aotearoa today  - 77 in Auckland, nine in Hamilton, 18 in Palmerston North, 58 in Wellington, 16 in Christchurch and four in Dunedin. When asked about the decline in Catholic Sisters, Sister Irenaeus says she thinks it has happened because there are so many opportunities these days.

“It’s a very different world from when I entered. Back then you either did teaching or nursing or maybe secretarial work. Religious life might not appeal when there are so many other choices to make.” Reflecting on her own life and opportunities she says that while it was sometimes tough, she’s had a very fulfilling life and wouldn’t want anything else.

Even though Sister Irenaeus didn’t want anything else, the other sisters in the convent along with her former students wanted to use the occasion of her 100th birthday to celebrate her life. They organised a mass and a lunch with guest Irish honorary vice-consul in New Zealand Denise Flanagan. 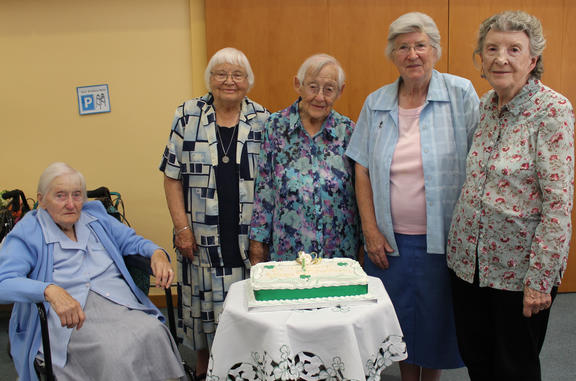 There was also some very special mail delivered.

“I received a card from the Queen, but most importantly, a letter from the President of Ireland, Michael D. Higgins and his centenarians bounty.” The Centenarian Bounty is awarded to every Irish-born person who reaches 100. It’s EUR 2540, which is around $4500 NZD. Irenaeus, a keen gardener, says she’s going to buy something for the garden and donate to a worthwhile charity.

Turning a century begs for the question to be asked: what is her secret to a long life?

“Keeping active is the secret. I go for a walk every day, join a class of Tai Chi and physio each week.”

She also joins a couple of the other sisters for a weekly swim at Auckland’s Tepid Baths, where on her birthday she cheekily asked if she could be let in for free now that she’s 100-years-old.